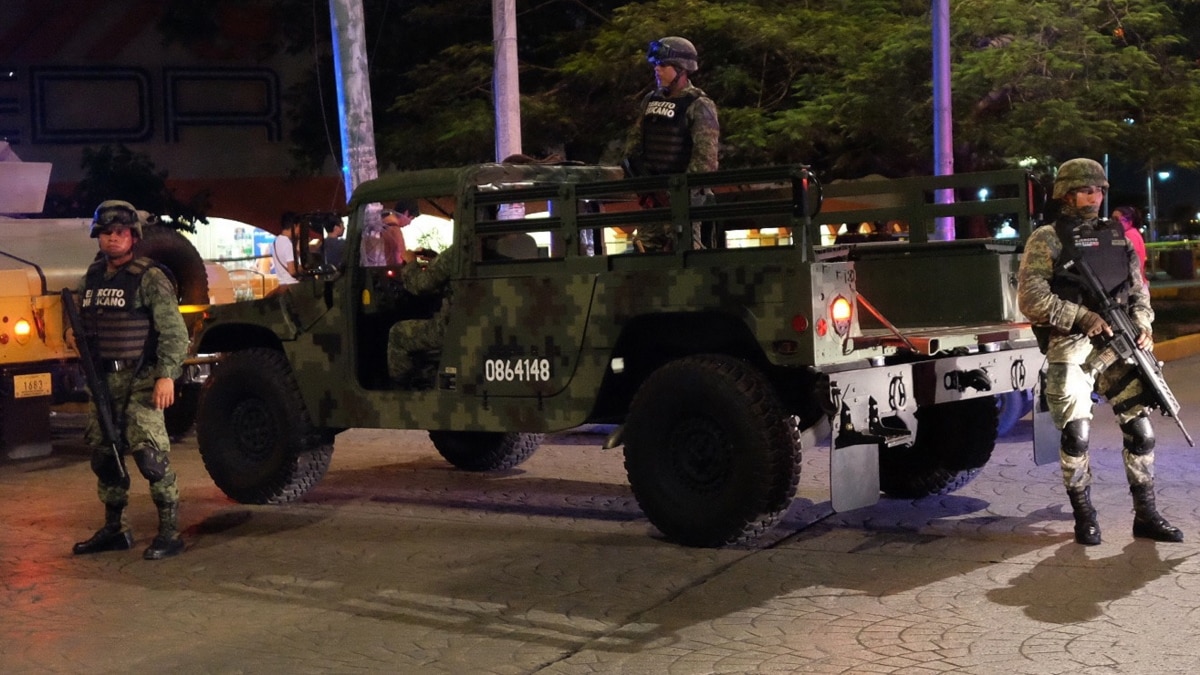 Authorities at the resort town of Cancun on Friday found two dismembered bodies in suitcases and a suspected gunman was killed in a shootout on a downtown boulevard, just days before a regional rally that is to include Latin America’s top diplomats. Americans.

The hacked bodies of two men were found crammed into two suitcases left in a swampy area just beyond the tourist area of â€‹â€‹Cancun, the Caribbean Coast State Attorney’s Office of Quintana Roo said. He said the bodies had not been identified.

On Thursday evening, a suspect was killed and two were injured in a shootout with police and another was arrested unharmed.

The prosecutor’s office said the confrontation erupted after police attempted to execute an arrest warrant and the suspect attempted to escape in a bulletproof SUV. Marines and police came under fire and a shooting ensued, the statement said.

The state’s public security bureau said the suspects were charged with “various crimes”. The office wrote on its Twitter account that “we have restored peace and order.”

The shooting took place in a downtown Cancun that tourists often pass through on their way to hotels, but which is not in the hotel zone itself. A video posted on social media recorded the sound of automatic gunfire in an area where there are stores and malls.

The Organization of American States is due to hold its general assembly in Cancun Monday through Wednesday, and foreign ministers from across the region are expected.

The once peaceful resort town, by far Mexico’s most popular beach destination, has been hit by violence in recent months. In January, gunmen attacked the state attorney’s office in Cancun, killing four people. The day before, a shooting at a music festival in the nearby town of Playa del Carmen had killed three foreigners and two Mexicans.

While tourists have not been directly affected by the violence in Cancun, killings have increased in the resort town of Acapulco on the Pacific coast and recently increased in the Baja California resorts of Los Cabos.

In the first four months of 2017, there were about two dozen homicides per month in Los Cabos, more in two months than in 2016.

By comparison, Cancun, with a much larger population, has only seen a dozen murders per month this year.

The violence in Los Cabos has been more gruesome. Just this month, two severed heads were found in a cooler just two blocks from the tourist area of â€‹â€‹Cabo San Lucas. A few days earlier, the bodies of five women and 13 men were found in 12 clandestine graves near San JosÃ© del Cabo.

The Los Cabos murders are believed to be linked to battles between drug gangs, including Sinaloa cartel factions.

Security analyst Alejandro Hope said problems at resorts could potentially affect tourism, as the violence has done in Acapulco. Foreign tourists and cruise lines now generally avoid Acapulco, which was a glittering attraction for movie stars in the 1950s.

Slum circles have sprung up around many Mexican resorts, areas where criminal groups find fertile ground to recruit, organize drug sales to tourists and locals, and demand extortion payments from local residents. local businesses, as they did in the Pacific Coast resort. from Zihuatanejo.

â€œThe development model has to change – an isolated tourist area that leaves few taxes or opportunities, that has to change,â€ Hope said.

â€œIf you want tourism, you have to better integrate the local population,â€ he said.

Diplomats attending the OAS summit are unlikely to see or be affected by the violence. The Cancun Hotel Zone sits on a narrow strip that can be temporarily blocked off from the rest of the city, and more secluded beach hotels exist just south of Cancun.

But this is only a temporary solution. As in Acapulco, the gang battles that start in the slums end up making their way to the tourist areas.

â€œThe temptation is to protect the enclave, not to allow shootings on the seaside boulevard, but it doesn’t work,â€ Hope said. “Peripheral areas inevitably devour the enclave.”