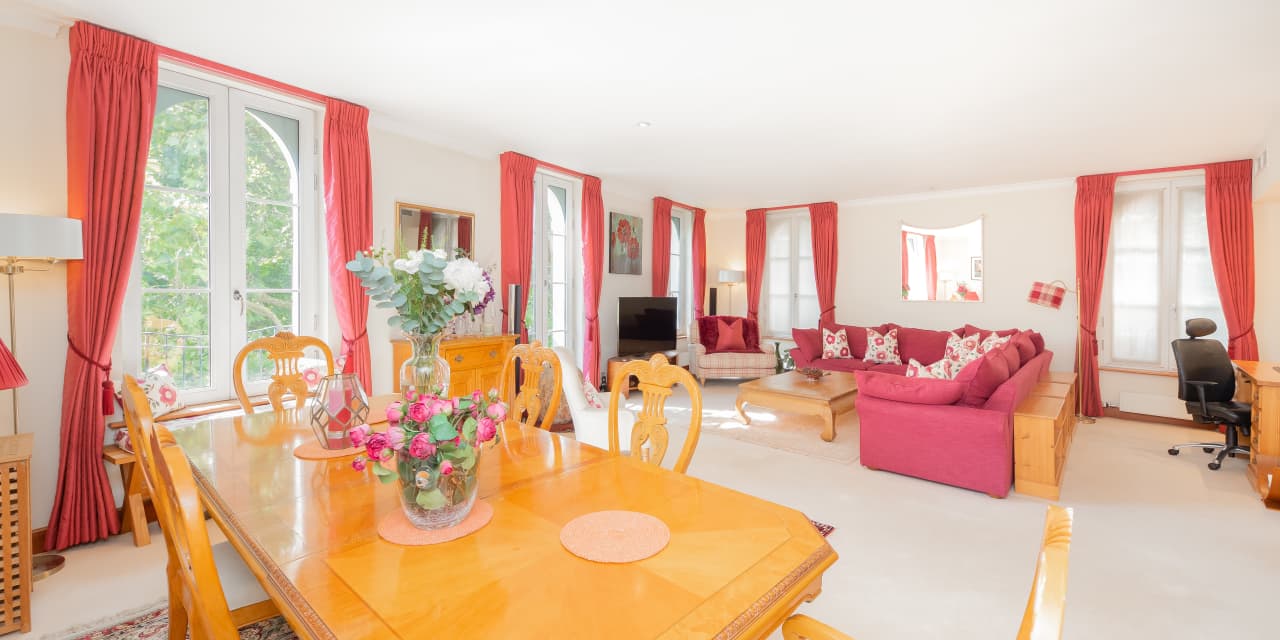 A £2.5million flat in London believed to be the home of English writer Rudyard Kipling in the late 19th century

A flat said to have been the home of famed writer Rudyard Kipling in a Blue Plaque-adorned London building named in his honour, has hit the market for £2.5million ($3million).

The apartment, located on the fifth floor of the eight-story building, named Kipling House, has about 1,392 square feet of living space with two bedrooms and two bathrooms, according to the listing released late last month. by James Staite, manager of Dexters Fitzrovia and Covent Garden.

The house also features a kitchen and reception room with floor-to-ceiling arched windows and a Juliet balcony, with details and views matching information from his biography, “Rudyard Kipling: A Life (2000) by Harry Ricketts and Kipling’s autobiography ‘Something of Myself’, published in 1937, Mr Staite said.

In his autobiography, he writes “from my office [in the living room] I could look out the window across the fan from the entrance to Gatti’s Music Hall, across the street, almost at his stage. Charing Cross rumbled in my dreams on one side, the boom of the Strand on the other.

“We know that Kipling lived on the fifth floor, above Harris the Sausage King’s downstairs store, so that may have been his apartment,” Mr. Staite said in a statement.

Hee did not immediately respond to a request for additional comment. Mansion Global could not independently determine when and for how much the apartment was last traded.

Born in Mumbai in 1865, Kipling was educated in England and returned to London after a journalistic stint in India from 1883 to 1889. He was believed to have lived on the fifth floor of the historic building from 1889 to 1891, when he completed his first novel, “The Light That Failed,” which was published in January 1891, according to Dexters.

Kipling will then write many popular novels, including “The Jungle Book” (1894); “Kim” (1901); and the “Just So Stories” (1902). He was awarded the Nobel Prize for Literature in 1907 and was the first and youngest English-language writer to receive the award.

The building itself features a cream brick facade with arched windows. With origins dating back to 1237, it was given a blue plaque to commemorate Kipling’s tenure by English Heritage in 1957.