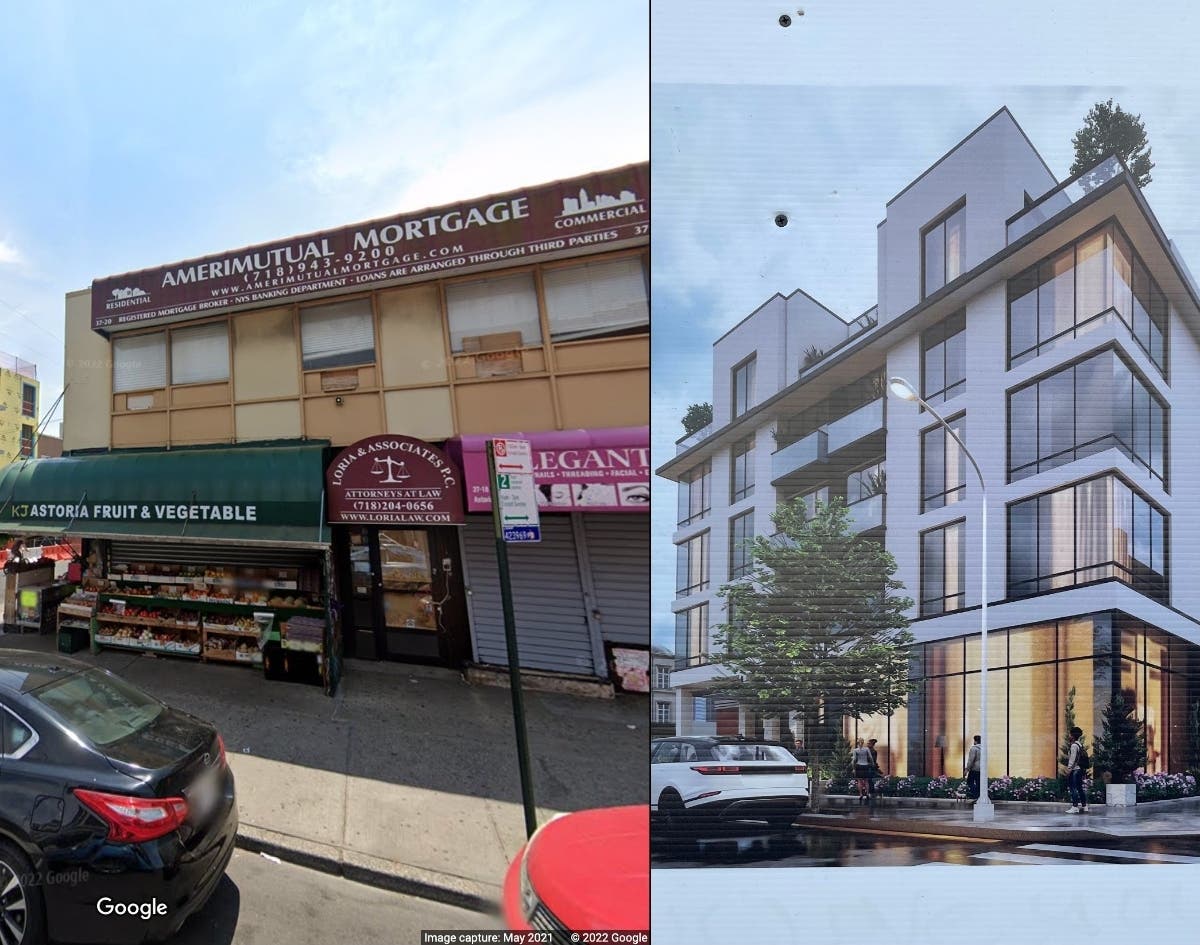 ASTORIA, QUEENS — Astorians are getting their first glimpses of two new apartment buildings set to rise on separate corners of Broadway, months after plans for the two projects first appeared.

Renderings have appeared in recent weeks on the construction fences surrounding the two projects, at 37-18 Broadway (corner of 38th Street) and 31-90 29th St.

This latest development is the larger of the two: a six-story, 92-unit building that will span more than half the block toward Crescent Street. It replaces a row of storefronts that once included Sac’s Place, The Strand Smokehouse and other businesses, which were demolished late last year.

A rendering now affixed to the construction site shows a striking light-colored building with large windows and right-angled edges, with four support columns jutting out to the sidewalk.

The building is designed by the firm Fogarty Finger, with an announced completion date of winter 2024.

Meanwhile, about a 10-minute walk east, the other development on the corner of 38th Street looks set to start construction soon, once demolition begins on the existing buildings on the site: a two-story structure that once housed a bodega and law firm, and a separate two-story building that once housed the Tacos Mexico restaurant.

They will be replaced by a five-story, 16-unit building that will also include ground-floor retail, according to plans filed with the city in March. The new render shows a modern, glass-encased building with balconies and what appears to be a rooftop terrace.

The listed owner behind the development is Salvatore Lucchese, known for owning Astoria’s historic Steinway Mansion and causing controversy when he built a series of warehouses around the quaint home a few years ago.

This Arkansas Mexican restaurant serves up the tastiest tacos