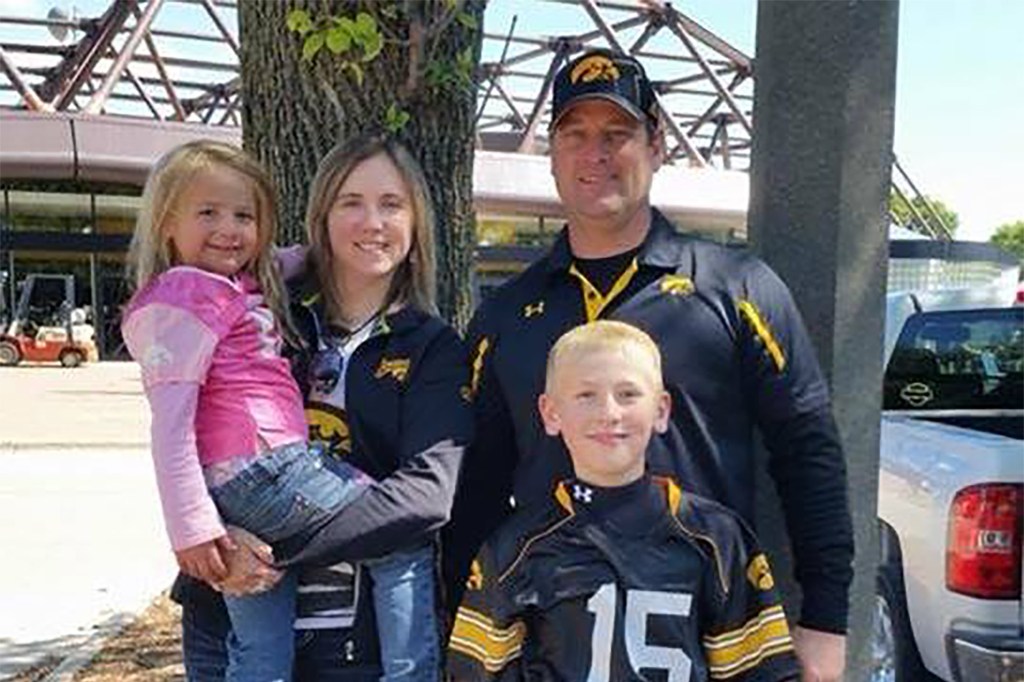 The Iowa family found dead at their Mexican resort at the end of last month were suffocated by propane gas that leaked from a faulty water heater, according to a new report.

The family had stayed at the Tao Mexico luxury vacation community near Akumal on the east coast of the Yucatan Peninsula just north of Tulum, according to the report.

“There was a leak, and it came straight from the laundry room,” Christopher MartÃ­nez, the lead investigator on the case for the general office of Fiscalia, told the newspaper through an interpreter. â€œThe laundry room had no ventilation.

When cops disassembled the water heater, they found the wet weather had caused it to rust inside, police said. Such device problems are not uncommon in this part of the Caribbean, police told the newspaper.

The radiator, a Delta Raptor, was purchased in 2012 and its warranty expired last year, according to Martinez.

Martinez did not want to tell the newspaper who owns the apartment where the family stayed. The homeowners association said the owner is responsible for maintaining the unit, according to the report.

Relatives realized something was wrong when the Sharp’s – who left for their vacation in Mexico in mid-March – stopped responding to messages.

Police told the newspaper they believed the family were at the beach on the day they died because their rental car was full of sand. They likely returned home to their condo to bathe and rest, officials said.

On March 23, each parent was found dead in a separate bedroom, where they apparently slept. The children were discovered in front of the living room television, police said.

Two days earlier, the Sharp’s were to vacate their condo, return their rental car, and return home.

“The only thing with a question mark is why [no one went] to the condo for cleaning, â€Martinez told the newspaper.

Jana Weland, Amy Sharp’s cousin, told the newspaper on Wednesday that she knew a water heater was the cause of the leak, but had not been told what type of gas the family had inhaled. She said the family had not received any calls from the US consulate in the area.

â€œNo one has contacted the family and hasn’t told them exactly yet,â€ Weland said. “It’s frustrating for the family because we didn’t get anything final.”

Police still don’t know the exact time of death, and an autopsy scan in Mexico City should shed light on that, Martinez told the newspaper.

Martinez reiterated that there was no sign of foul play.

“It is important to know that it was not a crime,” he told the newspaper. “It’s just something unfortunate that has happenedâ€¦ It is something that could happen in the United States or anywhere.”