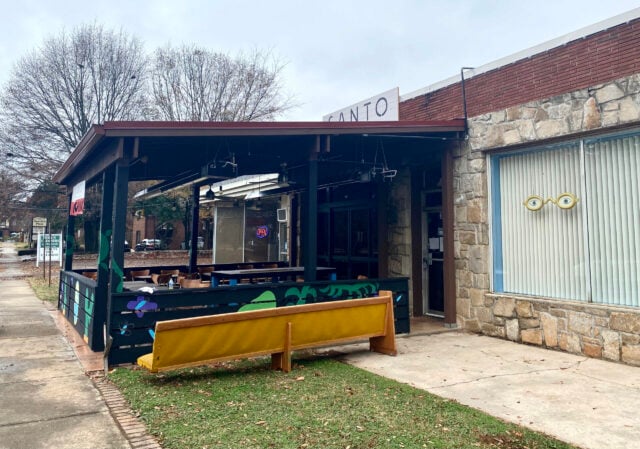 Avondale Estates, Georgia – A new Mexican restaurant will open in Avondale Estates in a few weeks as Calle Latina expands into the city with Santo Cantina and Cocina. The owners plan to open on December 15th.

Paul Vinces and Michael Condon, owners of Calle Latina, tried to develop the concept of the Decatur restaurant and had the opportunity to move to the former Good Karma location in Avondale, which closed in February of this year.

Calle Latina, which opened in 2013, offers Latin street food like empanadas, plantains, ceviches, tacos, and arepas. However, the restaurant does not serve Mexican cuisine. The owners take a different approach to Santo Cantina by offering an authentic Mexican menu.

â€œThe fun part is when we developed Calle Latina we wanted everything that is South American and very little Mexican,â€ Condon said. â€œWe wanted to represent all the countries of South America, so that was Calle Latina’s idea. With Santo, it will be pretty much the opposite. We want to make Mexican food, but we want to keep it authentic.

Vinces added that with Avondale Estates being so close to Decatur, they wanted to avoid opening another Calle Latina location just minutes from the original restaurant.

The owners hope to keep the food authentic and have brought in chef Pedro Alvarado to do so. He was a chef in Mexico City for about 20 years before moving to the Atlanta area last year.

â€œI love it because they try to have the essence of authentic Mexican food,â€ Alvarado said.

One of Santo Cantina’s signature dishes will be the chicken mole, which Condon described as a holy sauce in Mexico.

Customers can cut a piece of chicken and dip it in the mole, instead of having the sauce spread over the dish.

Another signature dish will be the cochinita pibil, which is a pork dish simmered with a pibil sauce.

â€œCochinita pibil is a traditional dish from YucatÃ¡n, Mexico. It’s a ceremonial dish that they use for weddings and baptisms and something like that, so the reason I tried to make the dishes here is because it’s very ceremonial things, â€said Alvarado.

Condon added that there will be American dishes on the menu, such as a burger and nachos, but that the menu will include mostly Mexican dishes. The menu will also describe where the meals come from in Mexico.

â€œWhen you enter the meat of the menu, when you look at an entry, it will say from Sonora, it will say from Oaxaca. People will be able to identify the entree, even if you’re Mexican, and say, “I know this dish,” Condon said.

Condon and Alvarado can’t wait to see customer reactions as they eat in the new restaurant.

â€œI’m very, very proud to try to represent Mexican cuisine with a different point of viewâ€¦ to have a different take on traditional flavors,â€ Alvarado said.

The space has been designed to have an open flow from the interior to the exterior patio, with large sliding doors that will allow guests to exit onto the 1,000 square foot covered patio. The patio will have fans, heaters and beautiful lighting.

â€œThe interior of the restaurant is going to match the outdoor patio, and it’s going to feel twice the size. We’re aiming for that outdoor feeling, â€Condon said.

He also can’t wait to give Avondale and the Atlanta Metro a new take on Mexican cuisine.

â€œNow that Santo will be here to stay for Avondale and that it will be a restaurant in Avondale, I am delighted to see the faces of people when they eat this food and when they drink in our bar. . “

If you appreciate our work on this story, please become a paying supporter. For as little as $ 3 per month, you can help us keep you up to date with your community. To become a supporter, click here.

Want Decaturish delivered to your inbox every day? Subscribe to our free newsletter by clicking here.