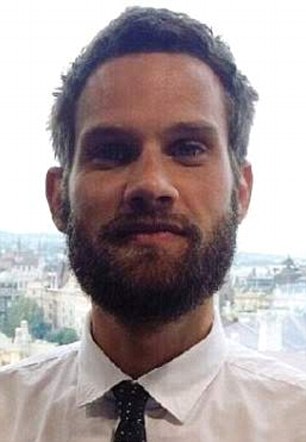 Citibank vice president, 36, hanged himself in hotel room in Mexico

A top British banker hanged himself in Mexico after suffering from chronic back pain for which he refused to take medication in case it affected his work, an investigation said today.

Robert Snape, vice president of Citibank, suffered from an illness that left him dying – but he took no pain medication because he wanted to keep a clear mind about his job.

He was found by a co-worker at the posh Marriott Hotel Colonia Santa Fe in Mexico City‘s financial district, where they were staying on March 8.

Mickleover’s fraud risk manager, Derby, had lived in Budapest since 2012 while working for one of the world’s largest financial institutions.

An investigation has found that his back pain was allegedly made worse by the cramped conditions of the 1.5-hour long-haul flight between Hungary and Mexico City.

Mr Snape, 36, had researched physiotherapy options on his phone before committing suicide and the pain had become so severe it had started to affect his mobility. 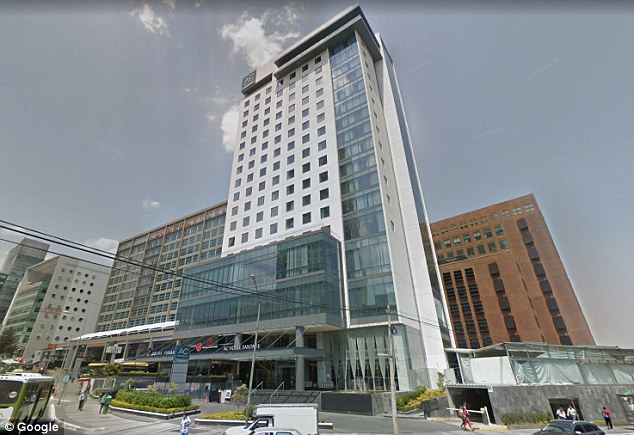 Mr Snape was found by a co-worker at the posh Marriott Hotel Colonia Santa Fe (pictured) in Mexico City’s financial district, where they were staying on March 8.

He had suffered from chronic back problems since the age of 16 but took no medication in case it interfered with his judgment at work.

The inquest at Derby and South Derbyshire Coroners Court today learned that Mr Snape had no history of depression or mental illness,

He was not under the influence of alcohol, prescription or illegal drugs at the time of his death.

Dr Hunter said: â€œRobert Snape was born on December 2, 1981 in Rutherglen, Scotland. He was single and was vice president of a bank.

â€œAccording to the autopsy of Dr. Andrew Hitchcock, there was congestion in the lungs. The pulmonary airspace was filled with fluid – which may be an indication of asphyxiation.

â€œIn the police report from the Mexican authorities, the cause of death is indicated as asphyxiation by hanging. The brain lacked oxygen.

â€œThe blood samples were all negative for alcohol at the time of death, and there was no evidence of prescribed medication or drug abuse. The toxicology was negative.

â€œThere was no evidence of disturbance in the room. According to the analysis of the door key, the only person entering this room was Robert himself and the cleaning staff.

â€œThe CCTV footage shows no one except Robert and the cleaning staff entering. No other party was seen entering or leaving Robert’s room. 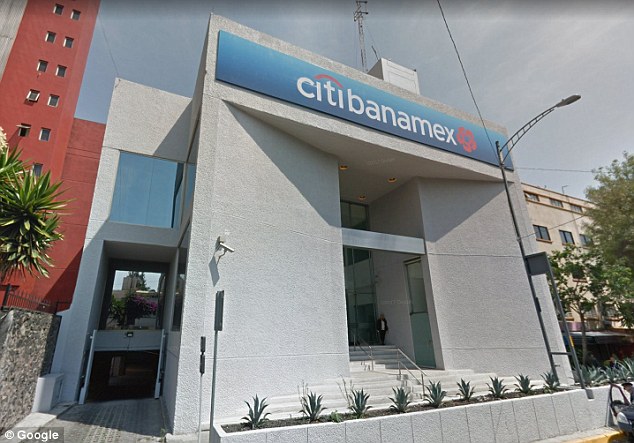 Mr. Snape was Vice President of Citibank (whose offices in Mexico City are pictured)

â€œRobert had never suffered from depression or mental illness, but had suffered from chronic back pain since he was 16 years old.

â€œLately it has been affecting his gait, walking and sitting position. He did not take any medication for his pain, as it might interfere with his thinking and judgment.

â€œHis cell phone was analyzed and he had researched back pain websites. Robert did not access any self-harm or suicide websites.

â€œI am convinced that there were no suspicious circumstances surrounding Robert’s death. Robert died as a result of his own actions without the involvement of a third party.

â€œOn the balance of probabilities, it is more likely than not that Robert undertook to commit suicide.

â€œI think his back pain was a big factor in Robert’s mental state at the time. He had just arrived in Mexico following a long-haul flight.

â€œThe cramped conditions would have exacerbated his pain. Therefore, I am convinced that Robert had set out to commit suicide.

â€œThe balance of his mind was temporarily disturbed. The severe pain had clouded his judgment and this was a big factor in his decision to make the decision he did.

Addressing the family, Dr Hunter said: “I would like to offer my condolences to Mr Snape on Robert’s death.”

According to Mr. Snape’s LinkedIn profile, he had been working as the bank’s fraud risk manager since October 2016.

He said he performed company-wide reviews and made sure all policies were followed.

Before moving to Hungary, the financier, who graduated from St Andrews University in 2004, had worked for the bank in Barcelona.