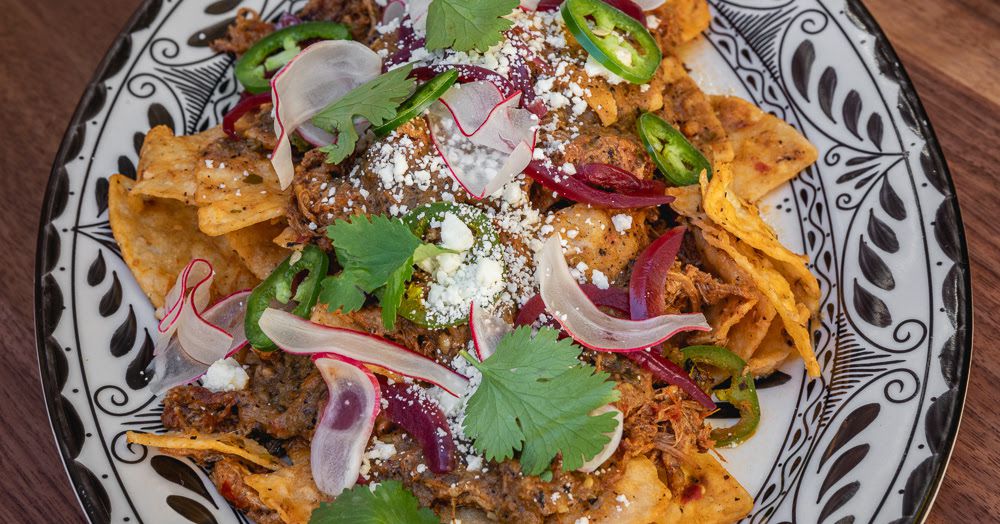 An underground restaurant serving northern Mexican cuisine, run by a Dallas chef with an impressive CV, is now open in the Village.

La Mina, run by Tony Ibarra, opened under the Drey Hotel at 5630 Village Glen Drive last week. It joins the luxury Brazilian restaurant Meridian and the new Mediterranean spot Anise in the development.

If Tony Ibarra’s name sounds familiar to you, it’s because he’s been touring Dallas kitchens for quite some time, including working closely with chef Misti Norris at Nana’s, and helping her open Petra and the Beast in 2018.

In El Mina, Ibarra will draw on his roots in El Paso and his Mexican heritage to create dishes like the camarones coctÃ©l with mezcal, cucumber and radish; Fish from the Veracurz market cooked in banana leaves; and chicken mole negro with tortillas made from old corn, nixtamalized and ground on site. (As a child, Ibarra frequently visited his grandmother’s home in Durango state, northern Mexico.)

Also on the menu: puerco con chili with mayocoba and rosado beans; Braised beef a la NorteÃ±o; and an assortment of tacos, enchiladas and Mexican breakfasts.

The bar menu will focus on mezcal and tequila, with drinks like La Ciudad, made with Del Maguey Vida Mezcal, Old Forrester, sweet vermouth and allspice; and Mango para Bebes, made with a liqueur made from Oaxacan sugar cane, mango and herbs. The dessert menu, created by the head baker and pastry chef of the Village, David Madrid, includes a tres leches parfait with winter fruits and a crispy pepita meringue; cherry chocoflan; and churros served with dark chocolate and cajeta.

La Mina means “the mine” in Spanish, and the village’s vice president of food and beverage, Casie Caldwell, said in a statement that she hopes the restaurant will earn a reputation as a hidden gem in the city. development.

â€œThe underground location makes you feel like you’ve stepped into a really special place. It gives our customers a feeling of escape from the big city, â€she says.

The apartment management systems market will be impressive

Milpa: Mexican veggie restaurant to pop up in Calgary