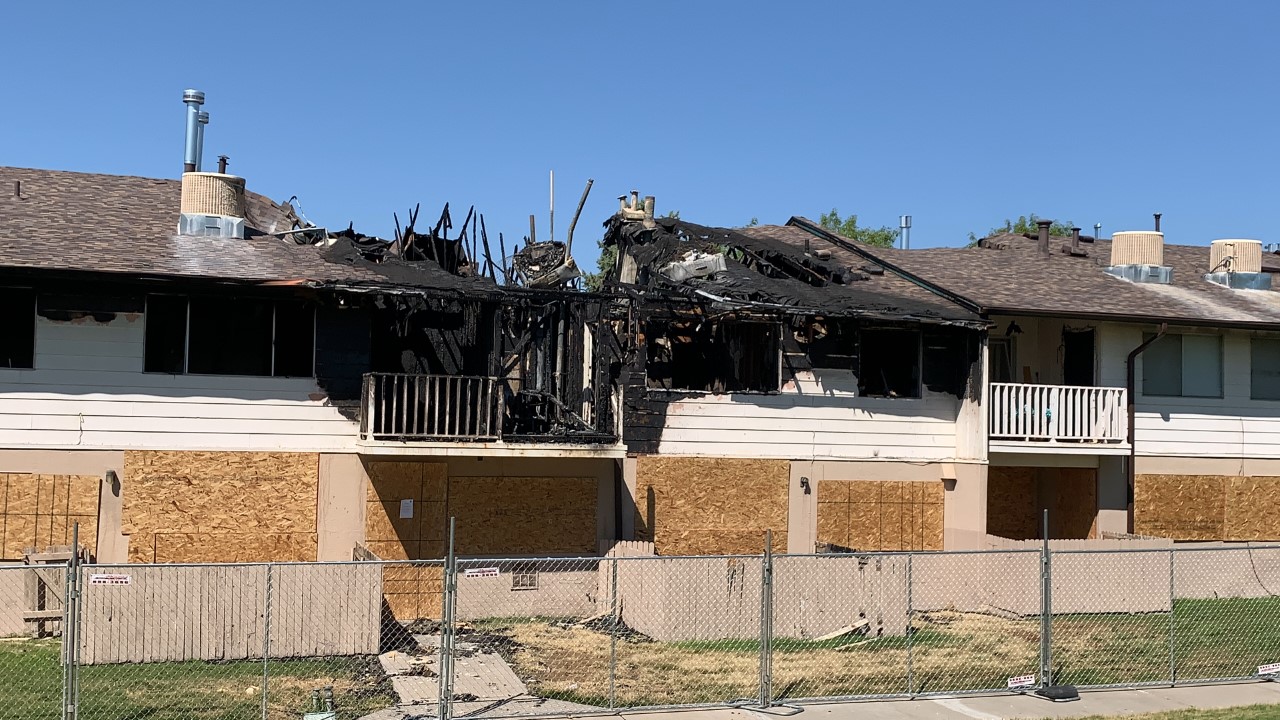 ALBUQUERQUE, NM (KRQE) – A fire at Mountain View Apartments on Thursday afternoon left dozens of people homeless. Now those residents are calling on the management company to do more to get them off the streets, with some saying they are still in shock after Thursday’s incident. “In less than five minutes, it consumed my entire apartment. It was on my whole life. My life was burned in less than five minutes,” said resident Jack Rhodes.

According to neighbors, the fire broke out around noon in a building in one of the upper apartments. “I asked what happened, and he said to put a can of lacquer thinner on the stove, and it exploded, so I grabbed the fire extinguisher and went to the other apartment behind me and I opened the door, and the flames went everywhere,” Rhodes added.

Albuquerque firefighters said five apartments were directly affected by the flames, with several others suffering smoke and water damage. Now what remains of the building is a collapsed roof, shattered and boarded up windows, and a boundary fence preventing anyone from returning.

“Everyone is displaced, we’re all homeless, everyone in the unit is over 30 so hopefully next week we’ll have some good news, but I really don’t know what they do,” Rhodes said.

For now, Rhodes says he has nowhere to go after calling the apartments home for the past nine years. “This is my home, this is still my home, and I’m staying here. I come here when I wake up, and I stay until dark. I have nowhere to go.

Rhodes says he returned to the same location hoping to see one of his two cats who went missing during the fire. “Smokey Bear couldn’t catch her, but I walked around the apartment putting food outside hoping she might have jumped, and I’m out here from 2 p.m. to 5 p.m.”

Rhodes says the apartment complex terminated leases and refunded security deposits to those affected. The Red Cross also gave each of them $500. Rhodes and other residents say they are hopeful after being told by the management company they would be put on a housing listing. KRQE contacted property managers but received no response.