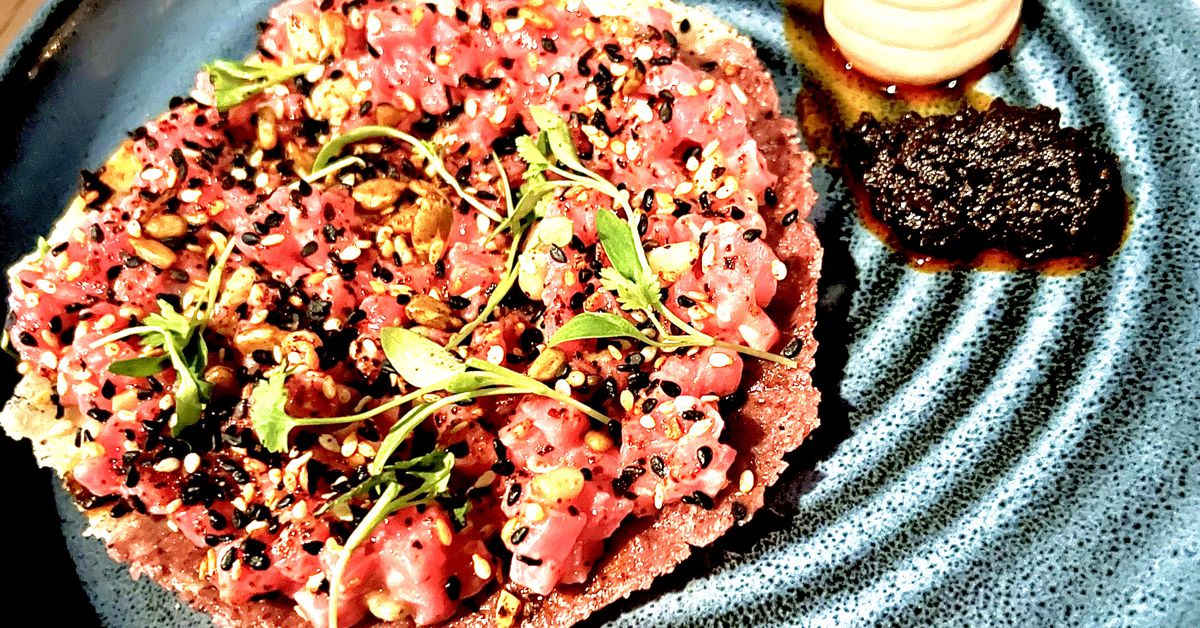 Fora, a new Mexican restaurant inside the Emily Hotel in Fulton Market, is now open

The space is warmer than before with a 4,500 square foot space that sets the stage for an eclectic, seafood-focused seasonal menu that marries Mexican flavors with Japanese and French techniques. It’s a completely different experience compared to City Mouse, the former tenant developed by Jason Vincent (Giant), nominated for the James Beard Award: “Mars vs Pluto: two different planets”, says chef Billy Caruso (Rye Deli + drink).

City Mouse closed in October 2020 due to the pandemic, 15 months before the Ace left the Chicago market. The Emily needed someone to oversee her food and drink. Enter Caruso, who left Rye, the Jewish-inspired modern deli in the West Loop and winner of the 2021 Eater Chicago Award. His official title is restaurant manager for Onni Group, Emily’s parent company.

Fora is a counterpoint to Selva, a separate space on the seventh floor that rounds out the hotel’s offering with a corn-centric menu featuring some of Mexico’s favorite late-night bites. As a hotel restaurant, Fora is an all-day affair, or will be once staff numbers increase.

While Caruso received rave reviews in Rye, a short distance at Crowne Park West Loop in Fora, he hands over the keys to a Chicago family name: Matt Danko (Grace, Sink|Swim, Trentina, Greenhouse Tavern) . Danko’s menu centers around popular dishes south of the border like ceviches and aguachiles, as well as lesser-known dishes like tetelas.

The Midwestern chef speaks enthusiastically about the possibility of giving voice to dishes evoked in a different native language and approaches the challenge with humility. “The food is inspired by Mexican culture, its techniques and methods, and it’s an interpretation from my point of view,” says Danko.

The opening menu features a version of ceviche that features hamachi with pomelo, avocado and yuzu kosho (a spicy, sour fermented paste made from chili peppers and yuzu). Fragrant hoja santa, a leaf found in many Mexican dishes, is also used. There is also a riff on an aguachile mixing kanpachi, smoked beets and butterflied sorrel delicately flavored with lemon. It is not acidic like the traditional preparation.

Also on the menu is a carne apache tostada, a version of the Michoacano dish prepared with raw meat using the ceviche approach in which the fish is “cooked” with citrus fruits. It’s kind of the answer to tartare. The plate is served on a lightly fried crispy tortilla sprinkled with sesame seeds and magic oil. The combination of ingredients brings notes of toasted wood to a raw dish. The “magic oil,” a version of Veracruzan’s spicy, nutty salsa macha, adds dimension to the flavor combination with a fermented twist.

Bone marrow contrasts its rich flavors with the deep heat and acidity of a fruity pasilla chili glaze and Yucatan curtido (pickled purple onions). Handmade blue tortillas need to be eaten quickly to preserve their softness. Fora makes a big deal of his tortilla service, which comes out with recado negro butter (the backbone of Mayan cuisine from the Yucatán Peninsula, recado negro is made with ashes of smoked chili peppers and spices). A variety of tortillas are coming made with heirloom corn, there’s one made with pink corn. The restaurant found a Mexican artisan on Etsy who makes tortilleros, or woven pouches to keep tortillas warm. They bought over a hundred sachets, redeeming her.

Other small bites, including a raw and crunchy salad showcasing chayotes, a Mexican staple since pre-Columbian times, and Oaxacan tetelas, a corn masa delicacy stuffed with squash and cheese from goat, are also available.

The Fora team emphasizes the freshness and quality of their ingredients, some of which are grown on their rooftop, behind the giant screen where the Emily shows movies outdoors. The team can’t wait to go down, says Caruso.

Caruso, who in Rye took the idea of ​​Jewish charcuterie and – as a non-Jew – created a thoughtful menu that pushed the boundaries without infringing on tradition (for example, his of blue corn), continues this reflection in Fora . There, Mexicans can find a poetic symbol of validation in the garden in the form of a type of dahlia, the national flower of Mexico.

For now, Fora will be open for lunch and dinner due to staffing issues. But at Fora, Caruso and Danko aim to push Mexican cuisine in a new direction, placing their restaurant in the same categories as Rick Bayless and Carlos Gaytán. From his own experience, Caruso brings to Fora “a never say die mentality and an expressive, flavorful cuisine that showcases thousands of years of culture.”

A Mexican seafood trend seems to be emerging with Fora and nearby at Soho House with Sueños. Paul Kahan’s One Off Hospitality is also investing in mariscos with its latest iteration of Big Star. Caruso still thinks Fora is different.

“What sets us apart is our staff, so many talented people with diverse past experiences that have helped shape this restaurant,” he says.