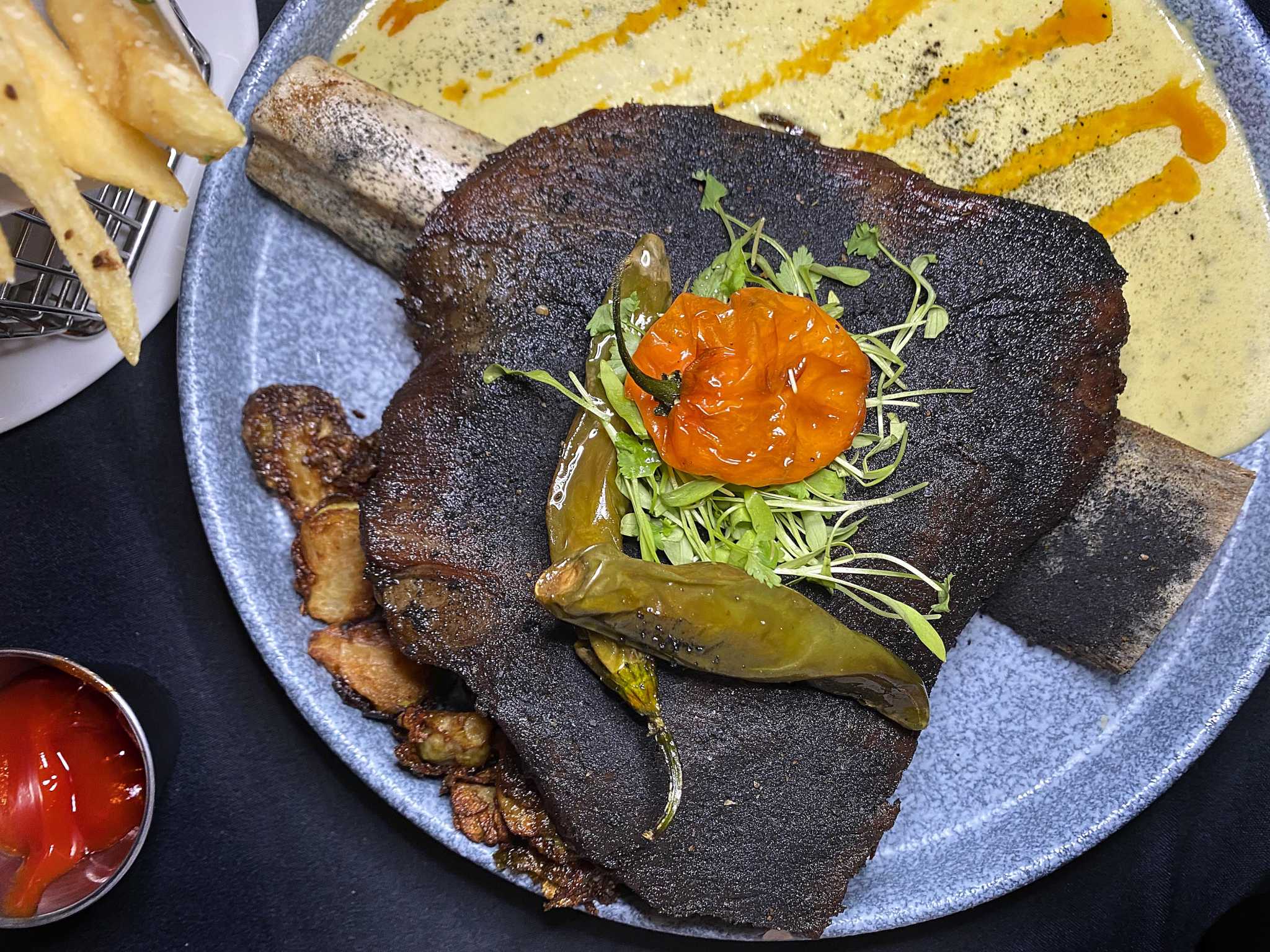 No, not the painter, not the eyebrows, not the feminine emancipation that she embodied. I’m fed up with Frida staring at me from the walls of every business co-opting her image to sell their version of the eclectic Mexican style, whether it’s clothing, jewelry, artwork, or food. , but mostly food.

And especially Frida Mexican Restaurant & Bar, the upscale Stone Oak company that opened last year in the revolving door space that has hosted over the years Reggiano’s, Watermark Grill, Drew’s American Grill, CoCo Bongo and others.

I have to imagine that Frida herself would lift this unibrow with Frida’s candle-lit cruise ship decor, high aristocratic prices and sloppy execution. And then she would table a cease and desist.

Frida (the restaurant) got off to a good start, propelled by better food and the charisma of co-owner Fernando Davil, a regular pianist at some of the best restaurants in town. Davil left Frida, and the first promise went with him.

The majestic blue grand piano in the towering central atrium that was once Davil’s vehicle for show tunes, dance classics, and singing jingles faded into a background piano tinkling whisper played by someone else. It’s always so much better than overly loud pop remixes that shake up a bad sound system the rest of the time.

Frida’s food has followed the same downward trajectory, a downfall exemplified by the â€œtaco tasting menuâ€ of five street tacos, each in their own unique style. More than just a plate of tacos, it served as a metaphor for the Frida experience: ambitious, showy, overpriced – and bad.

Layered on tiny corn tortillas, the five tacos were a shadow of the styles they claimed to represent: gummy pork al pastor, tough pieces of cheese-crusted rib-eye, tired cochinita pibil and carnitas from desiccated pork that was indistinguishable from the dried beef suadero fibers on the taco next to it. Five mini-tacos cost $ 27. Must have been the microgreens.

But these weren’t Frida’s worst tacos. That honor belonged to the super tough short rib tacos served on a table grill turned off for the show. They weren’t even hot when they hit the table, and the cheese quickly froze around tiny pieces of meat, creating tacos that had to be sawn off with a steak knife.

Frida also missed other basics. While the crispy cheese veils stuck in it were nice touches, Frida’s guacamole came down to barely mashed avocados with chopped tomatoes on the side. The tortilla soup was designed to be finished at the table by pouring hot chili broth over a bowl of tortilla strips, cheese, beef jerky and chicharrÃ³n. I expect certain things from tortilla soup: comfort, richness, and meat that doesn’t chew like gum. Frida did not meet any of these expectations.

With the basics so completely sloppy, the more adventurous plates didn’t stand a chance. Something called Oysters Oaxaca-feller has taken the noble tradition of grilled oysters and smothered it with fatty chorizo. A leaning tower of tuna ceviche was sweaty and brown on half an avocado, the fish turned mealy from an overdose of citric acid. The smoked marlin quesadillas lay like yesterday’s catch on the plate, hard and rubbery and a little peeled off.

And please delete your friends and block the one who inspired the cooking to stuff the enchiladas with a mixture of beef, fruit and nuts Ã  la Chilean-nogada, then drown them with a bitter mole.

You would think roast meats would be a safer haven, because a good piece of meat speaks for itself. This is not the case with Frida.

A $ 65 prime rib was both confusing and disappointing. The long rib in the center of the plate suggested the grand symphony of fat and lean that you would normally get from a prime rib, but the leathery plate of beef on top behaved more like an overcooked brisket, or even a chuck steak, grayer than marbled, covered with a coating of black spices with the taste of burnt meadow.

Worse yet, a roast salmon whose bad aroma came to the table before the fish itself, a baked board as hard and vibrant as dried salmon. That’s around the time the table ordered another round of drinks, taking comfort in the fact that Frida at least knows tequila for a refreshing and strong homemade margarita and a paloma with a mezcal float to chill out.

The only decent dish in the kitchen was a pair of duck flautas, fried to an amber crunch with a balanced and nicely spiced garnish and finished with coleslaw and tangy avocado and habanero mousse. But that’s a lot of frogs for a mediocre prince to kiss.

*** Average, with some notable points

** Poor, with a buyout factor or two

* Bad, nothing to recommend

Food critics on Express-News pay for all meals.

Finally, even though the ‘taco tasting’ was a metaphor for the overpriced and underwhelming Frida experience, the churro cart spilled whatever was left of my goodwill for its debut. Hand-built, each small churros cart looks like a miniature street vendor cart, carrying a bucket of fried churros and a quartet of sauces.

But like much of the art and artifice of a place named after an artist who would be appalled at what is done in her name, Frida couldn’t even pull off the churros, cinnamon sugar was just a pinch of hope on the hard, dry reality.

If Frida insists on channeling Frida, let me suggest that you hang up her bedridden lament titled â€œHopelessâ€, with her handwritten inscription on the back: â€œI don’t have the slightest hope left. Everything moves to the rhythm of what the belly dictates.