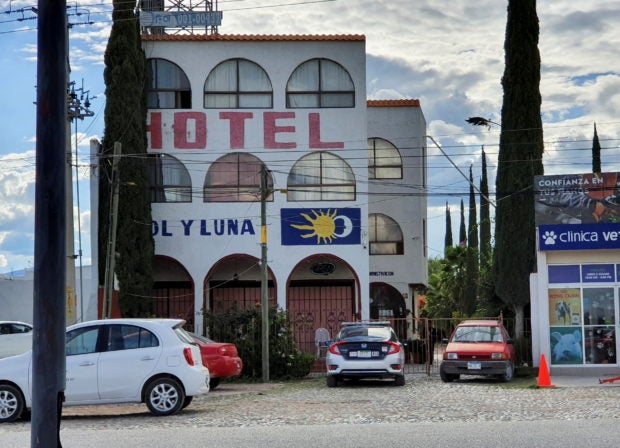 A police patrol car is parked in front of the Sol y Luna hotel after gunmen stormed the hotel and kidnapped around 20 foreigners believed to be primarily from Haiti and Venezuela, according to the office of the State Attorney General, in Matehuala, San Luis Potosi State, Mexico, September 14, 2021. REUTERS / Stringer

MEXICO CITY – Gunmen stormed a hotel in the Mexican state of San Luis Potosi on Tuesday and kidnapped around 20 foreigners believed to be mainly from Haiti and Venezuela, the attorney general’s office said. the state.

The gunmen ransacked the building and left with the guests’ logs, making it difficult to identify who was kidnapped from the Sol y Luna hotel in Matehuala, about 195 kilometers (121 miles) to the north from the city of San Luis Potosi, the regional capital. .

“We are trying to find their identity,” Arturo Garza Herrera, state attorney general, said in a statement.

Authorities have opened an investigation and are trying to rescue the guests, Garza added.

The statement did not specify whether the kidnapped Haitians and Venezuelans were migrants heading to the United States.

Many migrants face extreme dangers on their way to the United States, with kidnappings, extortions, rapes and even murders reported. Some migrants are also enlisted to work for drug cartels that fight for drug trafficking routes.

Debt Consolidation Loans Are A Popular Way To Eliminate Debt, According To SocietyOne