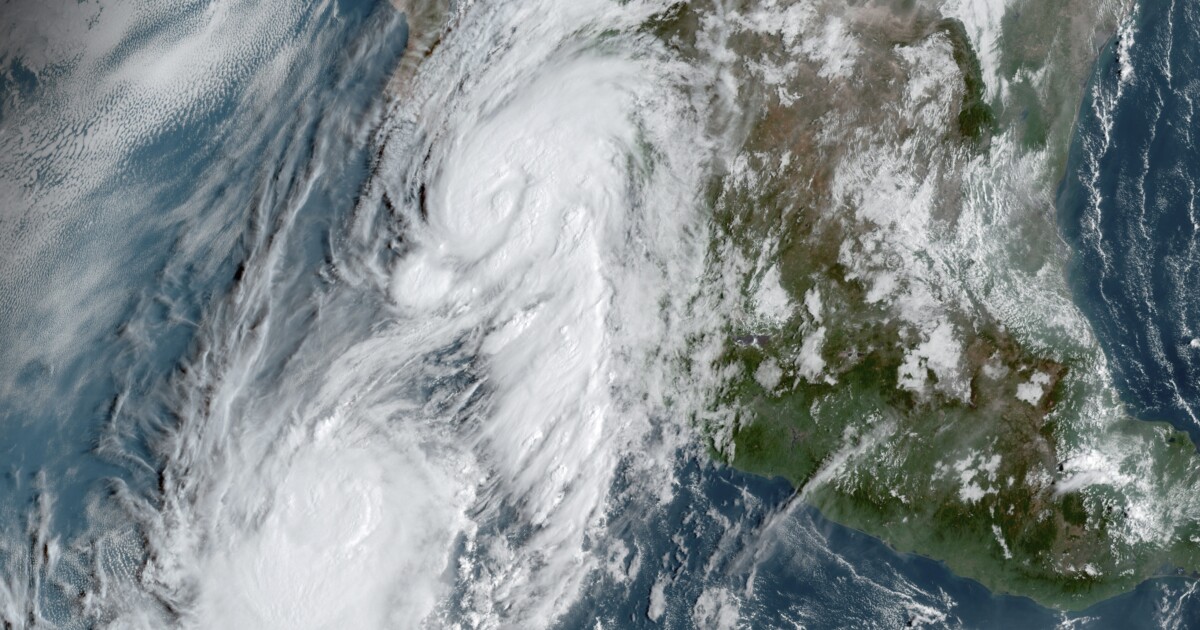 Hurricane Lorena approached the Los Cabos, Mexico area on Friday as owners pulled their boats out of the water, tourists crouched in hotels and police and soldiers walked through low and low income neighborhoods urging people to evacuate.

Lorena was due to pass over or near the southern tip of the Baja California peninsula on Friday afternoon with high winds and torrential rains, and locals who made it through past hurricanes were taking no chances.

“If we don’t get the yacht out, the waves can damage it,” said Juan Hernandez, who rents his boat to foreign visitors. It is “a preventive measure in the event of a cyclone threat”.

Authorities in Los Cabos said 787 people took refuge in 18 storm shelters. Local security forces urged residents in low-lying areas to evacuate even as some tourists continued to roam the streets under cloudy skies. Others returned to their hotels.

The U.S. National Hurricane Center in Miami upgraded Lorena to a Category 1 hurricane early Friday. In the afternoon, there were maximum sustained winds of 75 mph and was about 35 miles, moving towards Cabo San Lucas at 6 mph. Forecasters predicted destructive winds, flash floods and life-threatening waves along the peninsula.

â€œWe arrived on Monday and we hope to leave on Sunday. â€¦ We hope there won’t be any big problems, â€said Minerva Smith of California.

A second tropical storm, Mario, was about 345 miles south of the southern tip of the Baja Peninsula on Friday afternoon and was blowing sustained winds of 65 mph. But we didn’t expect it to hit dry land.

Authorities suspended classes for Friday and prepared to use schools as shelters if necessary. The port of Cabo San Lucas has been closed to navigation.

The region was on yellow alert and anticipated heavy rains.

“Lorena is going to spill a lot of water,” said Carlos Alfredo GodÃ­nez, deputy secretary for civil defense of the state.

Lorena arrived ashore a day earlier as a hurricane in the Mexican state of Colima, western Mexico, lashing palm trees with its high winds and lashing the area with patches of rain. It flooded streets, washed away roads and caused small landslides in 10 municipalities. Dozens of trees have been felled and electricity has been cut in some areas.

Colima State Governor JosÃ© Ignacio Peralta said nearly 8 inches of rain fell in just under 24 hours and more than 7,400 acres of crops such as bananas and papayas were damaged statewide.

But there were no deaths or significant damage to infrastructure, he said.

“There is no loss of life to be deplored,” said Peralta.

Lorena’s contact with the land caused her to lose her strength and became a tropical storm, but it was expected to regain some oomph as she made her way towards Los Cabos.

Its maximum sustained winds were 80 mph on Friday afternoon. It was centered about 110 miles northeast of Barbuda and was moving west-northwest at 17 mph.

Elsewhere in the Atlantic, Hurricane Humberto turned into a post-tropical cyclone at sea after ripping roofs, knocking down trees and cutting power in Bermuda as it passed British territory on Wednesday evening. Authorities said the storm caused no deaths.

In Texas and Louisiana, heavy rains from the remnants of the Tropical Depression Imelda inundated the lowlands and caused at least two deaths.

The National Weather Service said preliminary estimates suggested Jefferson County in Texas received more than 40 inches of rain in just 72 hours. This would make Imelda the seventh wettest tropical cyclone in US history.