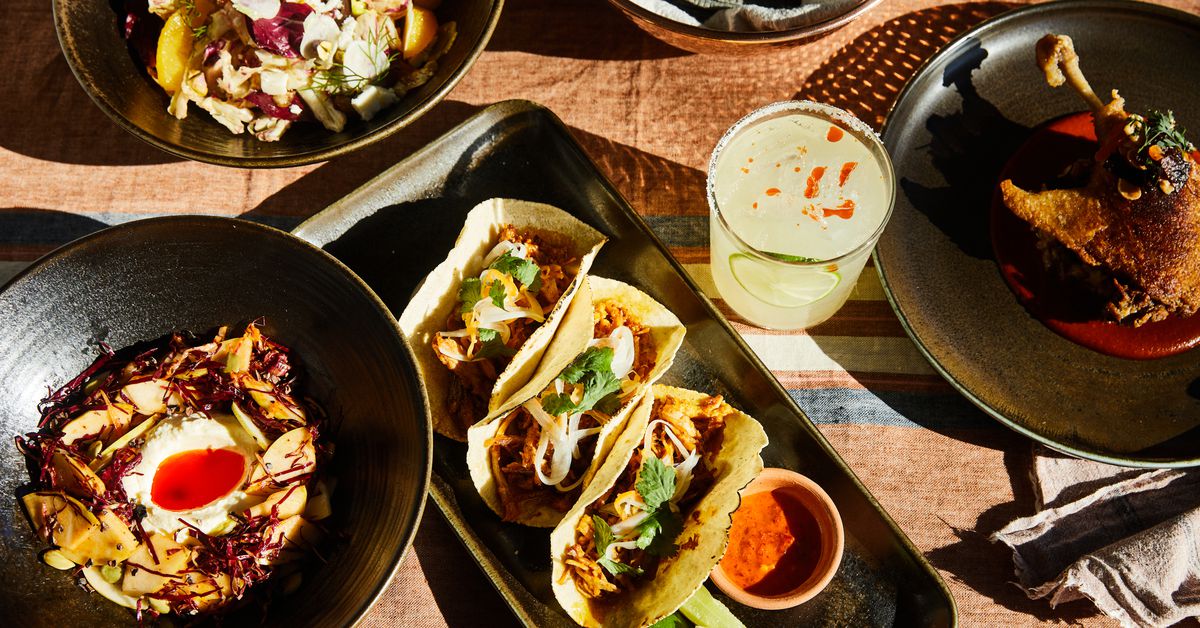 After a last-minute delay and months of planning, acclaimed San Francisco chef Traci Des Jardins will finally open her first restaurant in Silicon Valley on Thursday, March 24. As Eater SF shared earlier this year, the restaurant occupies space adjacent to the State Street Market food hall in Los Altos and aims to honor both the history of seasonal and ingredient-driven Mexican cuisine in the northern California, as well as Des Jardins’ own roots, which go back to the rice farm where she grew up near Fresno and to Mexico, where her maternal grandparents immigrated from.

In collaboration with Chef Robert Hurtado, Des Jardins celebrates some of the hardest-to-find regions and most delicious ingredients on the El Alto menu, including famous Blenheim apricots (known to be exceptionally sweet), kidney beans, hoja fresh santa and chayote squash. The pan-regional menu features dishes from all over Mexico instead of focusing specifically on just one area, so you’ll see a half roast chicken inspired by Veracruz’s pollo al oregano alongside crispy fried tacos dorados stuffed with chicken thighs and a mushroom and pasilla chile tamal. See the full menu here.

Equally influenced by the seasons, the cocktails come from bartender Enrique Sanchez who focuses on agaves and whiskeys for the menu. Standouts include the Sabina Sabe, created with Oaxaca in mind and mixing mezcal, pineapple, ginger and mint epazote with club soda and holy water, which includes dehydrated hoja santa , alongside tequila blanco, lime and green chartreuse. The wine list, meanwhile, favors often-overlooked California wine regions such as the Santa Cruz Mountains and bottles from Mexico.

The space, designed by Anne Wojcicki, director and founder of Los Altos Community Investments, and architectural firm Gensler, offers an intimate and cozy retreat from the cavernous high ceilings of the adjacent State Street Market, located just across a covered walkway. Light wood furniture, terracotta tiles and whitewashed stucco walls echo the California Mission style, while a mural by artist Ben Henderson recalls the golden and blue beauty of agave fields . Roll-up windows extend to the side of the dining area and allow low-rise lounge seating to spill out of the restaurant interior into the paseo, and there’s an elevated covered State Street patio for more dining in. outdoors.

NFD is working to put out the Hermitage apartment fire