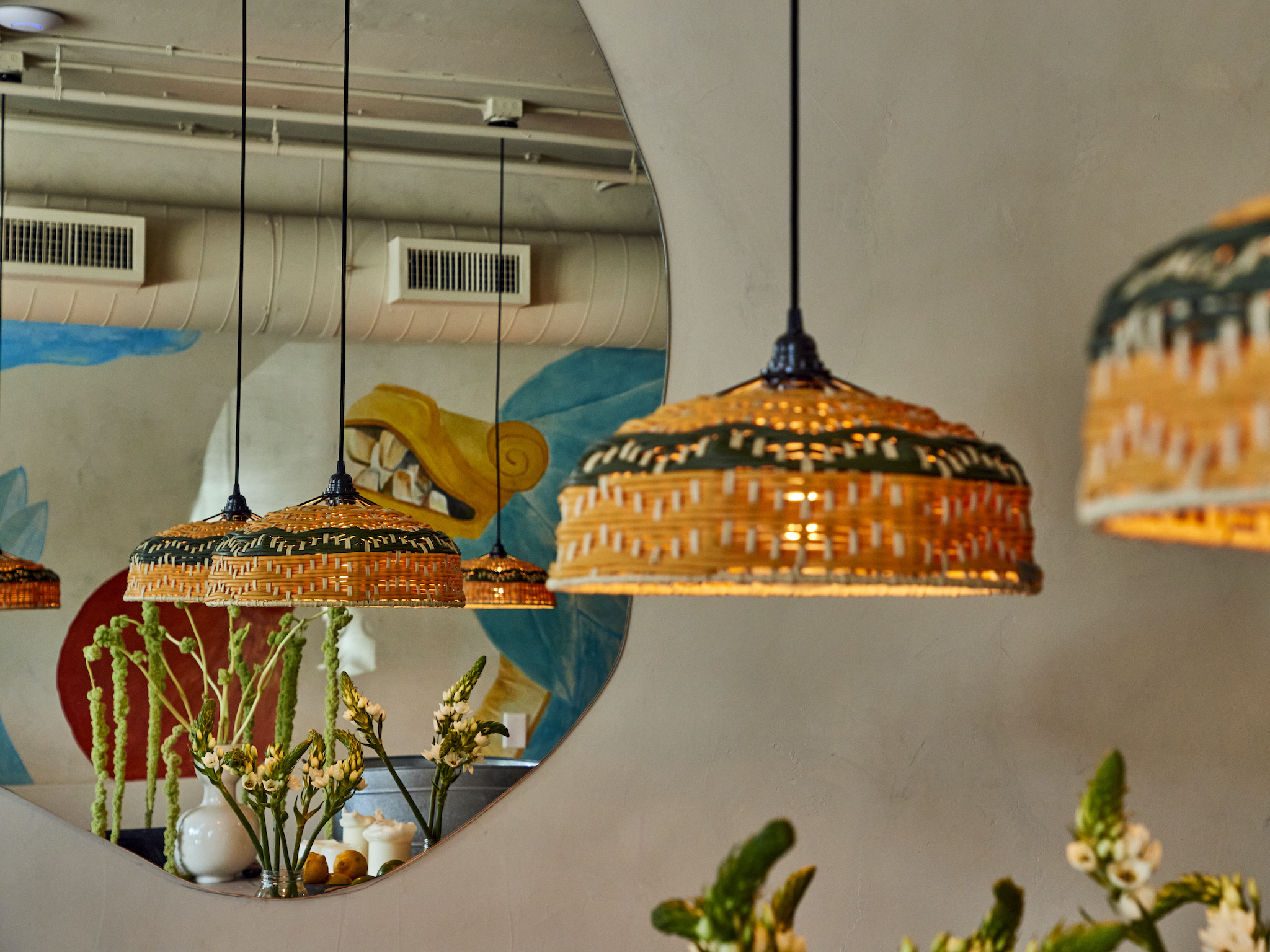 Coconut Grove Mexican restaurant Los FÃ©lix takes its tortillas, and just about everything they do, very seriously.

Almost anywhere you go, tortillas are like the white bread in a meatloaf sandwich, simply a vehicle for moving tasty things through your pie hole. Not in Los FÃ©lix, who takes their tortillas, and everything they do with them, very seriously.

The tortillas here are made from imported Mexican corn ground by volcanic rock in an old-fashioned molino, or mill, set right in the center of the dining room. The fresh masa that comes out of the mill is then pressed into small discs and grilled; you should try them on their own, scooping up the nutty, toasted goodness of something big because it’s also so simple.

The waiters are knowledgeable and attentive, and the vibe is cool, feeling like a bustling chef-run place in Mexico City‘s Polanco neighborhood.

From there, things get much more complicated in Los FÃ©lix: a beet carpaccio that looks like a spring flower, a blue corn quesadilla with multicolored squash flowers unfolding from the opening, fleshy mushrooms blooming with crispy sopes, Spicy pibil shrimp in a pair of tacos and pork cheeks simmered in the tenderest carnitas. All that care they’ve put into the food will cost you: the portions are small and the prices aren’t – expect a hundred dollars per person, a big sum for tacos and the like. But the waiters are knowledgeable and attentive, and the vibe is cool, feeling like a bustling chef-run place in Mexico City’s Polanco neighborhood.

Tables at the front overlook the heart of Coconut Grove, and a hipster-ready natural wine bar awaits you on the spiral staircase at the back. Have the staff explain the tortilla press to you and they’ll take you to the authentic molino – or maybe you should just ask for another order of tortillas to slip into your pocket for later.