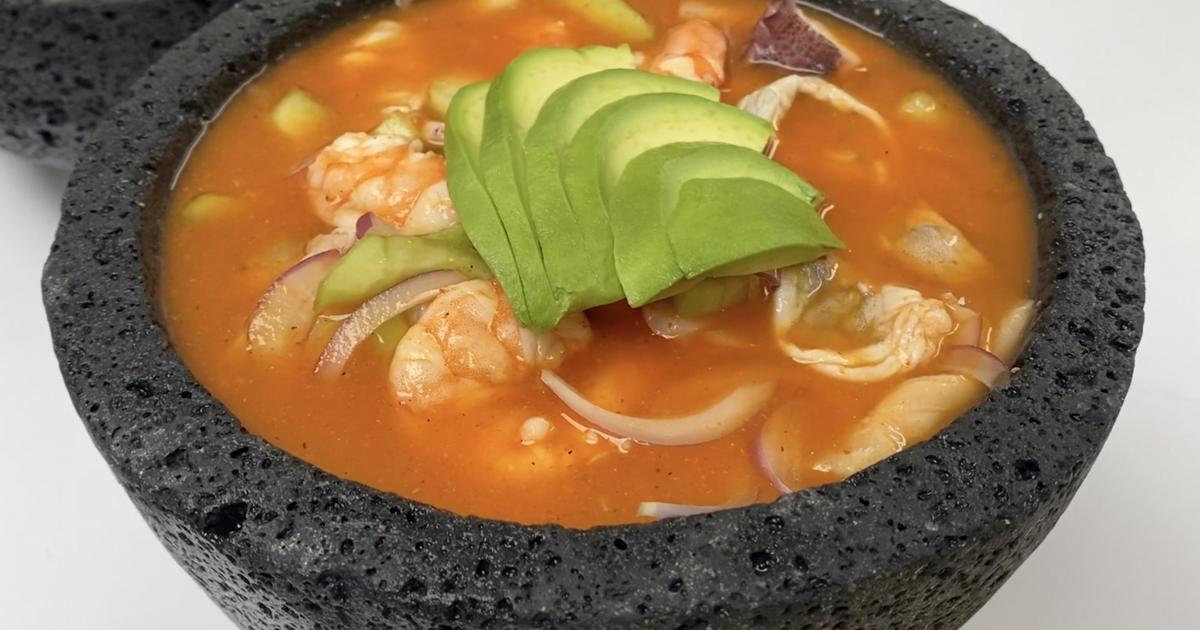 Mariscos El Submarino: A Mexican restaurant in Jackson Heights where seafood is in the spotlight

NEW YORK – Growing up near the Pacific coast of Mexico, Alonso Guzman grew up with fish.

“We are very rich in seafood in Mexico, but not many people know that,” he said.

Although he left for the United States more than ten years ago, the dishes of his hometown are still with him.

“Whenever I remember my city, I remember the food,” he said. “I miss the food there so much.”

The hunt for flavors from his childhood led him and his wife Amy Hernandez in 2020 to open Mariscos el Submarinoa seafood restaurant in Jackson Heights whose name is reflected in its unmistakable logo: an anthropomorphic yellow submarine.

While the menu includes tacos and tostadas, the specialty is aguachile. A dish similar to ceviche, it traditionally consists of raw shrimp immersed in lime juice and spiced up with the heat of chilies.

Aguachile verde gets its bright green hue from coriander, cucumber and serrano pepper.

While many recipes have been passed down from Alonso’s family, innovations include the aguachile mango habanero, which is bright yellow in color and one of the spicier offerings on the menu.

All aguachiles are made to order and served in heavy Mexican mortars called molcajetes.

With offerings unfamiliar to some, Amy and Alonso are grateful for their diverse and open-minded Jackson Heights neighbors.

“They’re not really afraid to try what we have,” Amy said.

For some customers of Mexican origin, aguachile is nothing new.

Elle McLogan joined CBS2 in September 2017 as a digital reporter for CBSNewYork.com.

I found my apartment while going on a terrible date