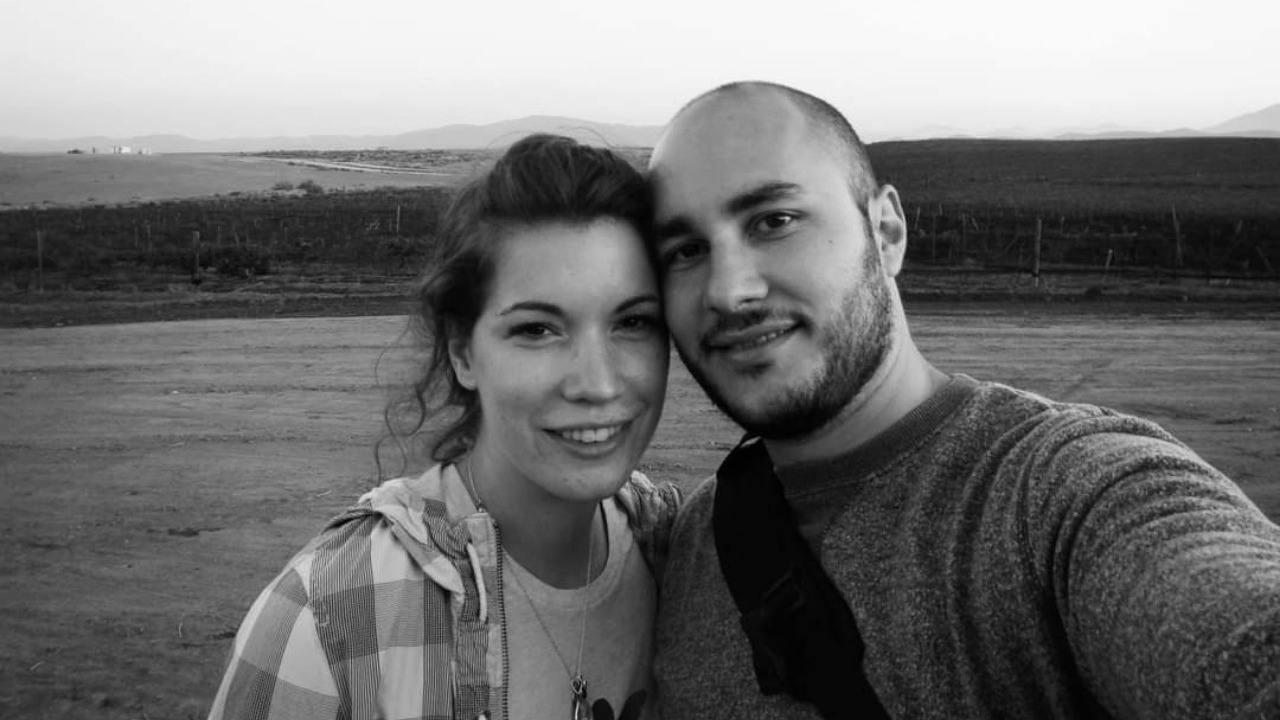 On Toronto’s food scene, Kate Chomyshyn and Julio Guajardo are pretty much kings. They’ve been behind some of the best Mexican restaurants the city has known, including Quetzal, Rosalinda, pop-up Birria Balam and their new permanent location, Fonda Balam, in partnership with Matty Matheson. We spoke to the couple about how they met and the joys and challenges of working together so closely.

We met at Ottawa cooking school, Le Cordon Bleu, in 2004. He was talking to a friend of mine, so I went to chat and introduce myself because I thought he was good looking. As I walked away they started to speak Spanish and I realized Julio was Mexican. I remember that moment very clearly. I had no idea that this handsome man would change my life or how much Mexican culture would enrich my life.

One night we were at a party at a little club and we danced together all night. Julio is a very good dancer (I’m not). When it was time to leave, he asked me to come home in Spanish (sorry, not very romantic!) And we have never really left each other since. We were very young, 19 and 21, and we moved in together really quickly! After cooking school finished, we moved to Montreal and cooked there for 12 years before coming to Toronto to open restaurants.

Julio actually proposed twice and we’re not officially married! I’ve said yes both times, obviously, and one day we’ll have a big party to celebrate our love! The first was a video he made for me at La Laguna de Bacalar in Mexico. He gave me a beautiful Mexican fire opal ring. The second was at Ek Balam, an ancient Mayan archaeological site. This time we were both there, and it was a wonderful place and time. Partly for this reason we decided to call our brand Balam.

It’s a busy thing to think about three weeks to open a new restaurant. Balance is a difficult thing for all chefs, but when you share all of your projects, it is definitely difficult to take time. I would say it’s not easy, and the fact that we had just opened our fifth restaurant together in Toronto and are still best friends is a testament to our friendship. There are definitely tough times, but in the end we just try to focus on our common goals.

I think a big part of our success in our industry is that we’re both competitive perfectionists and we’ve always pushed each other to be better. We started our first business, a small paleta (Mexican popsicle) business called LA CaTRINA from our apartment, while both working 60 hours a week in the kitchen out of a need to express our creativity. This need has brought us all the way to Toronto and now to the opening of Fonda Balam. I don’t think either of us would have made it here without the support of the other. We really balance ourselves in the kitchen. Julio is very organized, clean and meticulous while I am a bit more restless and love to incorporate flavor and technique into the food and look for great products. Together we craft all of our menus and are the harshest critics of each other. From this paleta company, our common goal of representing Mexican culture in Canada is at the heart of everything we do.

The secret of success

I’m not sure we have any secrets. After 17 years, we have certainly had some great and less great moments. I think, even in tough times, we still love each other, and I guess that’s the not-so-secret secret. Love.