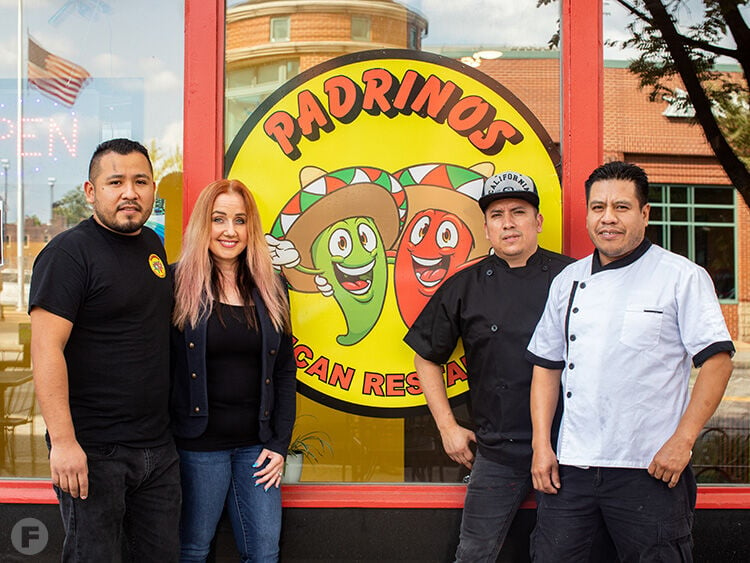 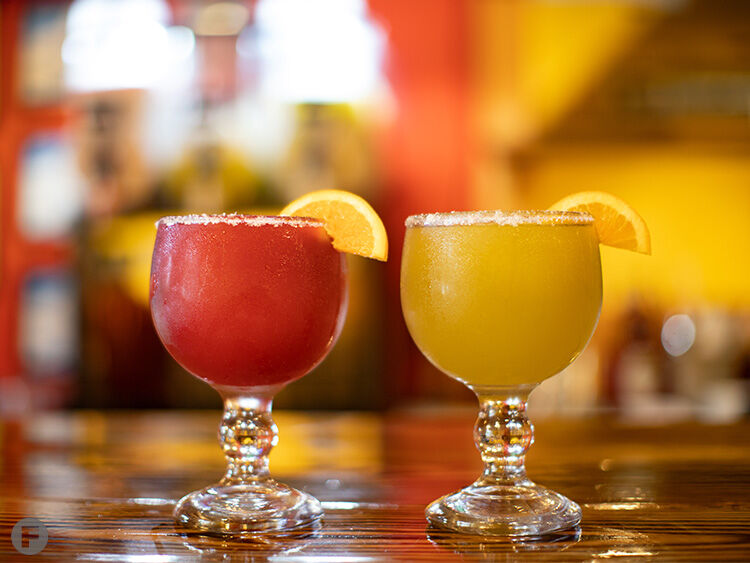 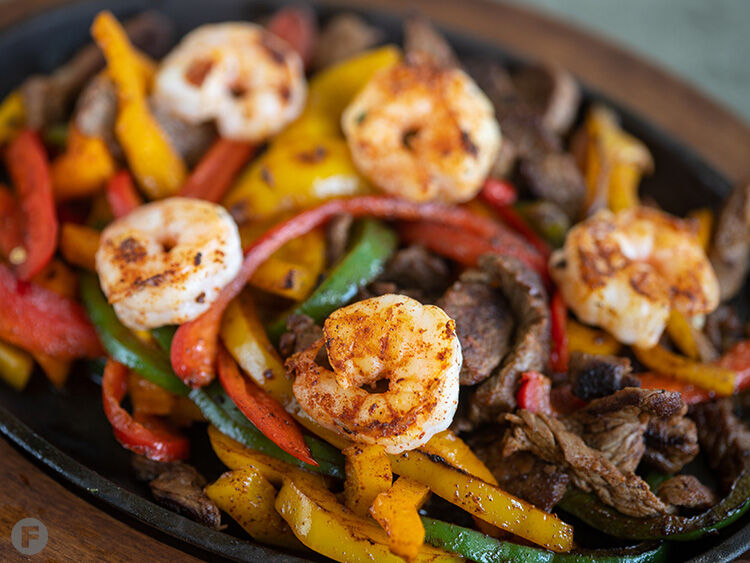 Chimichanga, with your choice of ground beef or grated chicken, are fried in a flour tortilla and topped with a cheese dip. 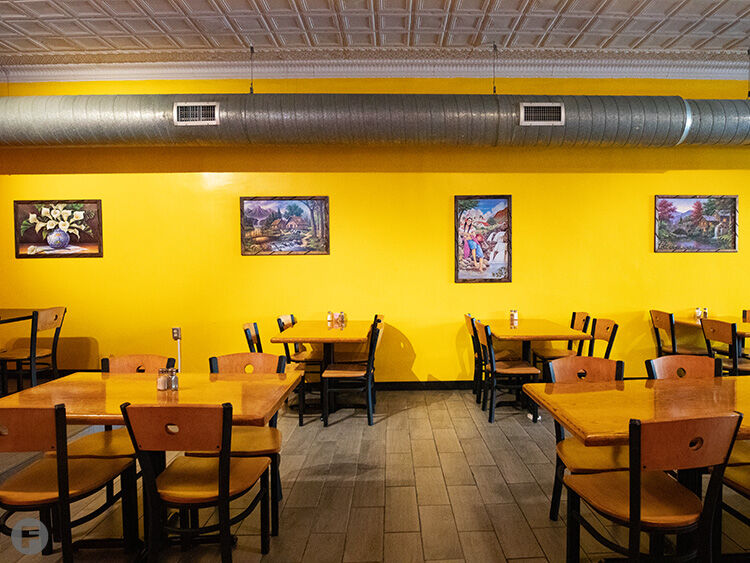 The dining room was painted a vibrant shade of yellow.

A renovated bar runs the entire length of the dining room. 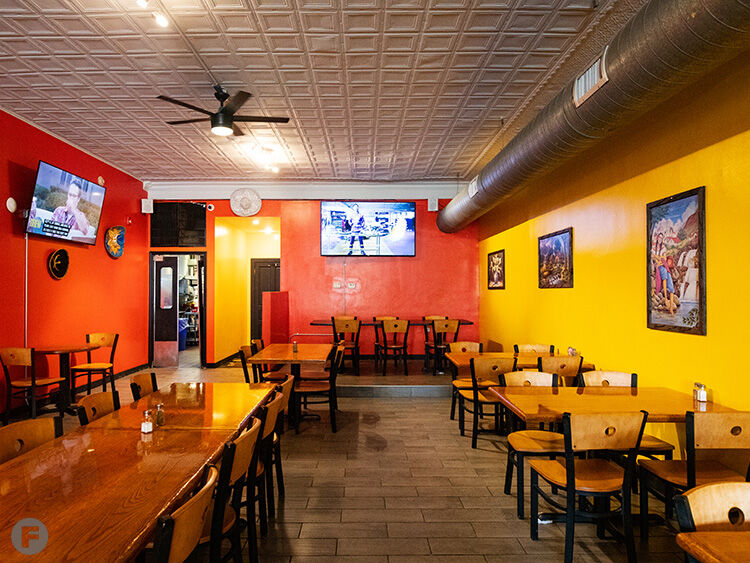 The restaurant occupies part of the space previously occupied by Mangia Italiano. 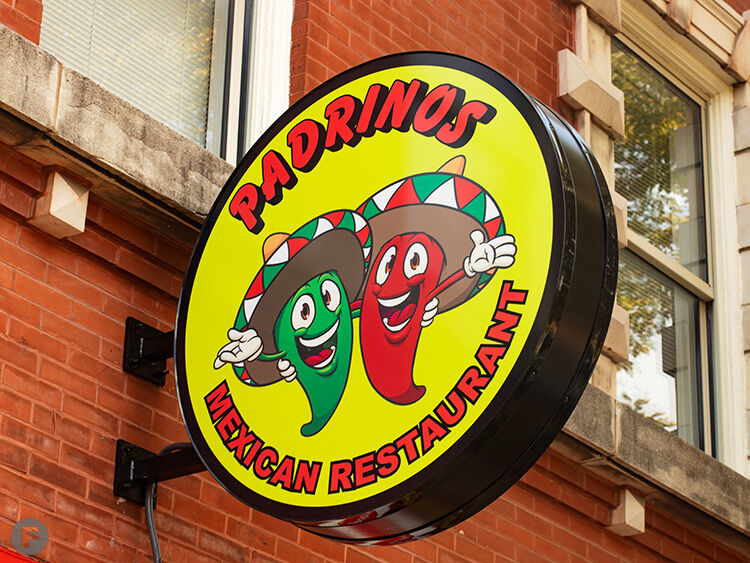 As reported by Feast in June, the concept comes from husband and wife duo Enrique and Christina Robles with Ciro Trapala and Rafa Rosas. Christina is originally from southern Illinois, while her husband – who was previously part-owner of La Catrina in Southampton – grew up in Veracruz, Mexico. Trapala and Rosas share tasks as chefs in the kitchen of Padrinos, and they are both originally from central Mexico, residing in California until recently.

â€œI think it’s easy to say that this has been a dream for all of us at some point in our lives,â€ says Christina. â€œEnrique, Ciro and Rafa each have over 10 years of experience in cooking and recipe development. Our food comes with a lot of love; we put a lot of pride and passion into what we do.

Padrinos – which translates to â€œgodfathers and godmothersâ€ in Spanish – occupies the approximately 2,500 square foot space previously occupied by part of Mangia Italiano. The walls received new coats of vibrant yellow and red paint, complemented by Mexican artwork and TVs. The menu includes everything from tacos and burritos to enchiladas and fajitas.

â€œWe have a lot of Tex-Mex dishes that people enjoy,â€ says Christina. â€œOn top of that, we’ve introduced crispy California-style tacos to the area. Tortillas are filled with chicken or beef and are toasted on the comal, or a flat iron skillet, until crispy, like a taco salad shell.