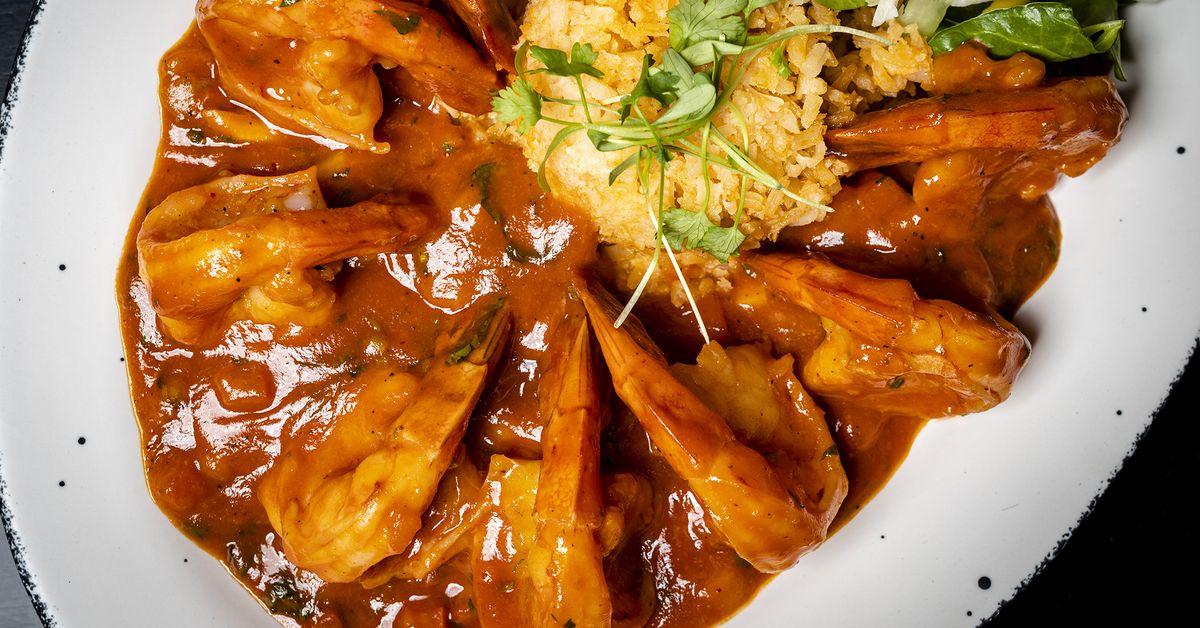 Barajas got busy while his original restaurant remained closed. He also owns La Josie in West Loop, along Randolph Restaurant Row. While El Solazo was more family-friendly, La Josie has more energy, staying open until late at night with a more modern vibe. The success of Barajas’ second restaurant now influences how he revamps his original.

Solazo aims to follow a fine line with its offerings, featuring both contemporary Mexican cuisine and fan favorites of the original menu. Customers can choose from a selection of tacos such as hongos con huiltlacoche (sweet potato, roasted corn, calabacita Mexicana) and suadero (chile morita, arbol salsa, cebollita mexicana), all in tortillas prepared in the kitchen.

While his family’s home state, Jalisco, remains the focus of the menu, Barajas has made an effort to incorporate dishes he has tried in other parts of Mexico. He’s especially proud of the mole coloradito, a spicy, tangy, and sweet mole from Oaxacan that customers can try with enchiladas. Longtime fans will also recognize hits like the spicy striped bass la diabla Baja, as well as the restaurant’s popular salsas: fresca roja, guisada, and pina con habanero. The kitchen will always be run by chef Alfredo Maravilla, who has worked with Barajas since 1997.

Previously BYOB, the new restaurant will feature a robust selection of over 100 different kinds of agave spirits, largely sourced from independent and family-owned businesses across Mexico. Chicago bartender Luis Barrios (the Franklin Room) pays special attention to racilla, a Jalisco-born cousin of tequila and mezcal, in cocktails like Cosmo (lemon raicilla, hibiscus, Piere Ferrand dry curacao). â€œThere will be a lot of bottles of spirits that people won’t recognize, but we’ll do a good job of introducing people to our passion,â€ says Barajas.

The restaurant opts for a relaxed and minimal aesthetic that reflects the atmosphere of La Josie. Walls covered in white subway tiles contrast perfectly with the natural woodwork, and rows of leafy plants in baskets perch above the 10-seat bar. There is room for around 60 between the high and low tables inside, and an additional 70 seats outside. The team deliberately avoided adding TVs or other screens, but invested in a sound system to stream classical Latin American music like cumbias.

It has been a long road to come back from the 2019 fire that closed El Solazo after 12 years. While the damage was extensive, the incident also resolved the underlying plumbing and electrical issues and added a bar. Barajas also replaced two parking spaces with an outdoor patio and windows that open fully to promote air circulation. â€œWe’re getting everything we’ve always wanted,â€ he says.

The wait for Barajas is finally over as Solazo is open again.

Debt Consolidation vs. Debt Settlement – What Are The Main Differences?