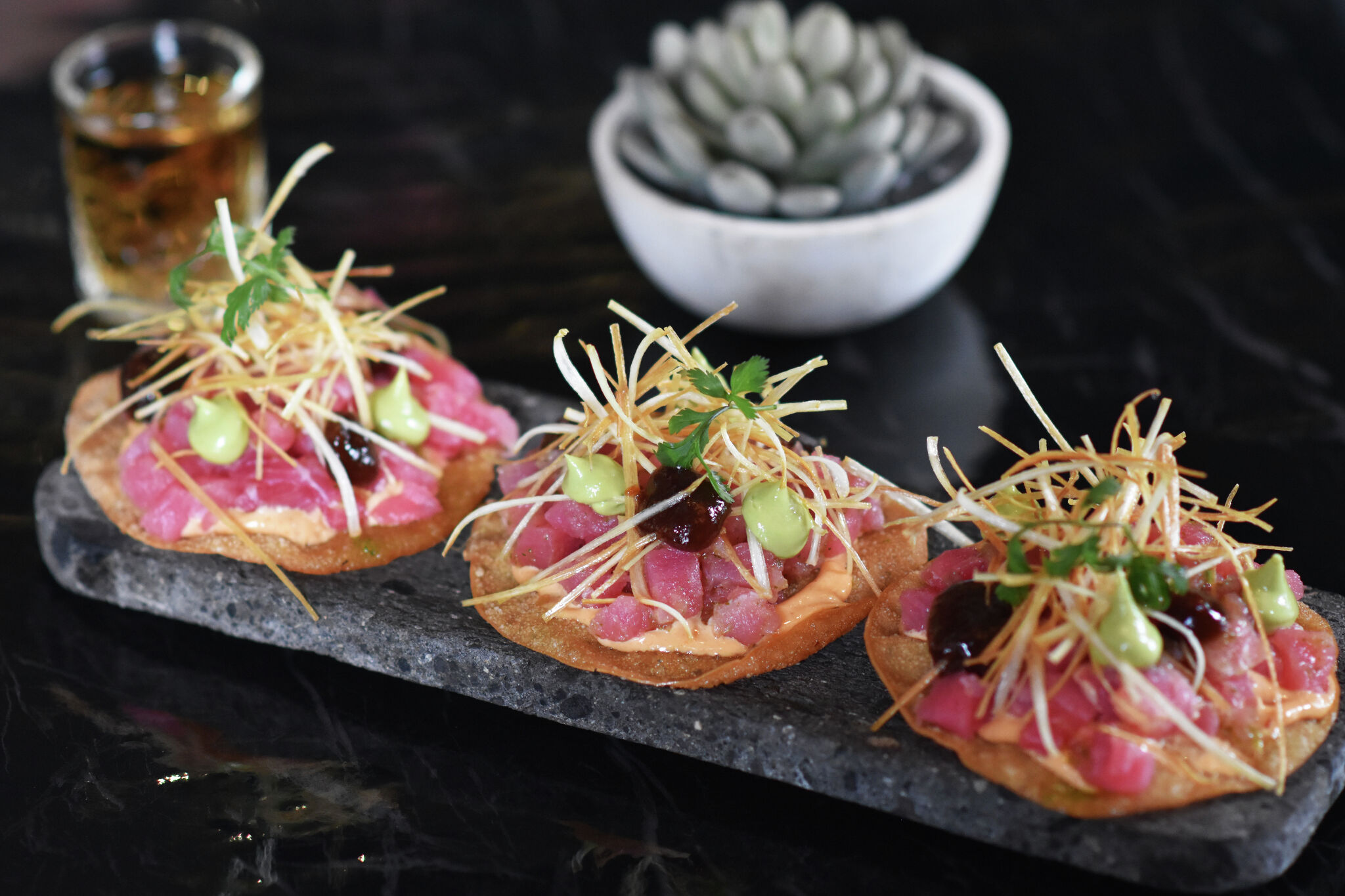 In a few months, a new Mexican concept will come to the Tobin Hill area near Pearl with a touch of purity, mischief and a great hospitality experience. Santa Diabla, inspired by Mexican canteens, will move into the former spot of Cerveceria Chapultepec in the fall.

The concept is the first American crossover for award-winning restaurateurs Grupo Orraca. Rodrigo Orraca tells MySA that his father Manolo Orraca started out in the food industry, developing concepts in Mexico City in the 1980s and 1990s, before launching Grupo Orraca in Toluca in 2008. The restaurant group includes NorteSur, Hacienda San Martin , Las Verdes Matas and Fonda Yecapixtla throughout Mexico. Santa Diabla, the newest addition, is intended to be the cornerstone of a cross-Texas expansion led by Rodrigo.

Rodrigo Orraca says he and his father have been planning to tap into international spaces for around five years. They shopped in Canada and even Spain, but ultimately chose San Antonio for its proximity to Mexico, population, and geographic proximity.

“People already know Mexico very well and it’s a really good place to start and start,” says Rodrigo Orraca. “It’s something the region needs, and we think it will be a success, and we’re going to work for it.”

Rodrigo Orraca expects Santa Diabla to open between mid-September and early October. Work on the existing structure, which served as a budget bar and restaurant and Fontaine’s Southern Diner, is ongoing. The former tenant, Cerveceria Chapultepec, mysteriously closed at the end of June. Rodrigo Orraca says the plan is to expand the patio dining space by enclosing outdoor space, although some outdoor dining is still available. The larger interior will give Grupo Orraca the necessary space to realize the idea of ​​Santa Diabla.

“If we had to personify Santa Diabla, he would be a young but experienced entrepreneur, fun, outgoing, open-minded and of course Mexican but living in Texas,” Rodrigo Orraca said. “Santa Diabla is eager to learn from the local culture and is open to socializing and sharing the richness and folklore that this new concept brings.”

The devil is in the details. The colors of the Mexican flag – green, white and red – will serve as a palette for the interior design which is intended to be a contrast between the good and the mischievous, as the name suggests. One room, which Rodrigo says will be the “fun” part of Santa Diabla, will be red. The central space of the building will be completely white and the green room will represent the good.

“It’s not a high-end restaurant, but it’s not a fonda either,” he adds. “It’s an informal place with quality food and artisanal mixology.”

Chef Gabriel Jimenez, who works in the other restaurants owned by Orraca, is crafting a menu that will make Santa Diabla more than a meeting place before a night out.

The menu is representative of Grupo Orraca’s firm grip on hospitality but the flexibility of wanting to merge with the community it joins.

The offerings are a hybrid of traditional Mexican and Tex-Mex dishes. There’s guacamole with or without chapulines (crickets), tuna tostadas, shrimp caldo, arrara and pescado a la talla on the Mexican side and quesadillas, nachos and flautas on the Texas side. There is also a bar program centered on tequila, mezcal, gin and whiskey. Rodrigo Orraca says customers can expect cocktails made with chipotle liqueurs and ancho peppers.

Even with a robust preliminary menu developed, Rodrigo Orraca says there’s still room for adaptations depending on what San Antonio needs or wants.

“If we see that there’s something working (in San Antonio) that people are looking for, we’re more than willing to adapt to them and give them a really good option so they’re happy.” , adds Rodrigo Orraca. “There are a lot of restaurant groups coming in saying ‘Hey, we’re here to be the best restaurant in town,’ but that’s not the mentality we’re coming in with. We’re confident in what we’re going for. offer and we know how it works, but we are open-minded to whatever the customer needs and the market would ask of us.”

Opening of the Mexican restaurant Malinche in Bonita Springs