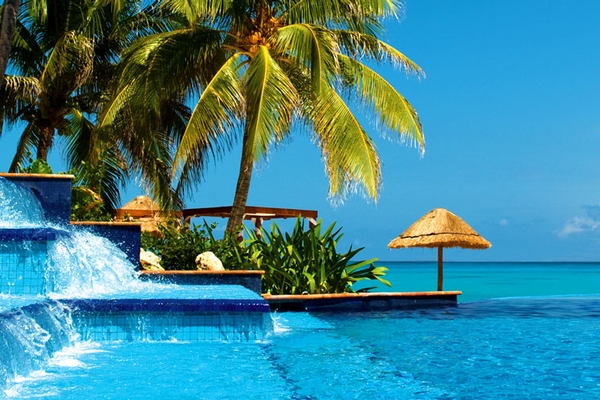 Just ahead of the June 5 launch of inaugural service to and from Long Beach Airport (LGB) – the carrier’s 98th city – Southwest Airlines has announced that it has filed an application with the U.S. Department of Transportation (DOT) to reach even further into Mexico with new service from Los Angeles International Airport (LAX).

Plans call for the low-cost carrier to provide LAX service with two daily flights to San Jose del Cabo and Cancun, and one daily flight to Puerto Vallarta beginning Nov. 6, 2016. Flights are subject to authority approval. route which should be given. by June 30. Currently, Southwest Airlines flies to four Mexican destinations from eight US cities.

READ MORE: The story behind the moves from southwestern Mexico

Southwest actually asked the DOT for extra-bilateral authority so it could operate the additional flights for an interim period before the liberalized aviation agreement between the United States and Mexico materialized.

“We have committed airline resources to serve these important cross-border routes at the start of the winter season and are asking that Southwest be allowed to add its low fares, free baggage flights, no change fee competition and legendary customer service to the benefit. to consumers in the United States and Mexico,” said Gary Kelly, President and CEO of Southwest Airlines.

Projections from Campbell-Hill Aviation Group – an independent economic analysis firm that has been contracted by Southwest for route impact studies – indicate that Southwest’s competitive position in the three new LAX-Mexico markets could potentially reduce airfares more than 20% below current average fares.

It also predicts an increase in total road traffic of more than 500,000 passengers per year and a passenger saving of approximately $50 million in airfare per year. The carrier’s 2016 capacity (available seat miles) is expected to rise 5-6% above 2015 levels.

Upon approval, flights may be booked through southwest.com or 800-I-FLY-SWA.

Before John Huston’s “Night of the Iguana” premiered in 1964, Puerto Vallarta was a low-key, sleepy fishing town on the Pacific coast where the Mexican states of Jalisco and Nayarit meet. But when Elizabeth Taylor planted herself firmly near the set to keep an eye on “traveler” Richard Burton as he filmed the movie with voluptuous Ava Gardner, publicity swirled. This pair’s torrid affair catapulted Vallarta onto the Hollywood tourist radar.

According to Alvarez, Southwest’s new flight from LAX to Licenciado Gustavo Díaz Ordaz International Airport (PVR) demonstrates the travel industry’s commitment and confidence in the destination, its infrastructure and its safety. “Southwest’s new flight will increase arrivals to Puerto Vallarta, where we are ready to welcome guests to 22,000 rooms in our hospitality infrastructure – more than a third of them at four-star and above properties,” Alvarez said.

He added that California is the top generator of U.S. visitors to Puerto Vallarta. “In 2015, 30% of our American visitors came from California, according to SETUJAL,” he said. “With our hotel occupancy for the first four months of 2016 already 5% higher than last year, we look forward to a historic year for Puerto Vallarta with an increase in California visitors.”

Marc Murphy, general manager of Riviera Nayarit, agreed. “A new daily non-stop flight from one of the world’s busiest airports will be a welcome addition to one of Riviera Nayarit’s busiest tourist seasons,” he said. “Southwest Airlines launched flights from Denver, Houston and Orange County last year. The addition of a LAX flight is a clear and pleasing indicator that demand from Southern California to visit our area is on the rise. increase.

California has always been one of Riviera Nayarit’s strongest markets due to its proximity, Murphy said. “The continued increase in market awareness of our destination, particularly in California, has certainly contributed to the launch of new developments by global brands such as the W Punta de Mita which just opened on June 7, and One&Only Mandarina and the Fairmont Costa Canuva.” The latter two should open at the end of 2018.

On the Caribbean front, tourism industry officials say the new LA-Cancun connectivity will expand tourism and business opportunities by strengthening ties between California and Mexico. “The Los Angeles area has significant travel demand to Mexico, both for leisure and business travel,” said Jesus Almaguer, CEO of the Cancun Convention & Visitors Bureau. “This new route will provide Angelenos with a new opportunity to travel south and easily connect to the Mexican Caribbean.”

Almaguer said that as Cancun continues to expand its repertoire with new hotels, restaurants and attractions, the destination’s continued evolution will help solidify its international presence as one of the most popular tourist destinations in the world. . “The typical traveler in the Los Angeles market will be thrilled at the opportunity to come experience all of these new tourism offerings and more while enjoying the convenience of nonstop service to Cancun,” he said.

“We are always very excited when airlines launch new routes to a beach destination where our Fiesta Americana Resort Collection properties are located,” said Ana Gon, Vice President of Sales and Marketing for Fiesta Americana Resort Collection. “We have one resort in Los Cabos, three in Cancun and two in Puerto Vallarta, and we look forward to welcoming these Southwestern passengers to our resorts.”

Gon added that while Cancun has never suffered from connectivity issues in the United States, it’s nice to see Southwest expanding its services to Los Cabos and Puerto Vallarta, two popular destinations among west coast visitors. “Because LA is home to thousands of Mexican-Americans and Mexican-Americans, these American-born generations love to stay in Mexico and have a true Mexican experience while enjoying luxurious accommodations and great food. hospitality,” Gon said. “Fiesta Americana is proud to be the brand that can give them the best of this experience and embody the spirit of Mexico.”

Especially for West Coast agents with clients eager for a Mexico getaway, the new Southwest service opens up a world of potential. “California is a market accustomed to the highest quality of products and authentic experiences. Therefore, when it comes to travel, they have similar expectations for their getaways,” said Riviera Nayarit’s Murphy.

Alvarez added, “Los Angelenos are outgoing travelers who love the great outdoors and have a wide range of interests. They are also looking for new and different activities and an authentic experience. But like most people, they have limited vacation time.

Alvarez noted that because it’s only a few hours’ flight from LAX, Puerto Vallarta is an ideal short getaway or vacation destination with a wide range of attractions that include everything from year-round water sports to upscale art galleries, fine dining, shopping and vibrant nightlife.

Kim Kardashian’s Mexico Resort is more impressive than her photos