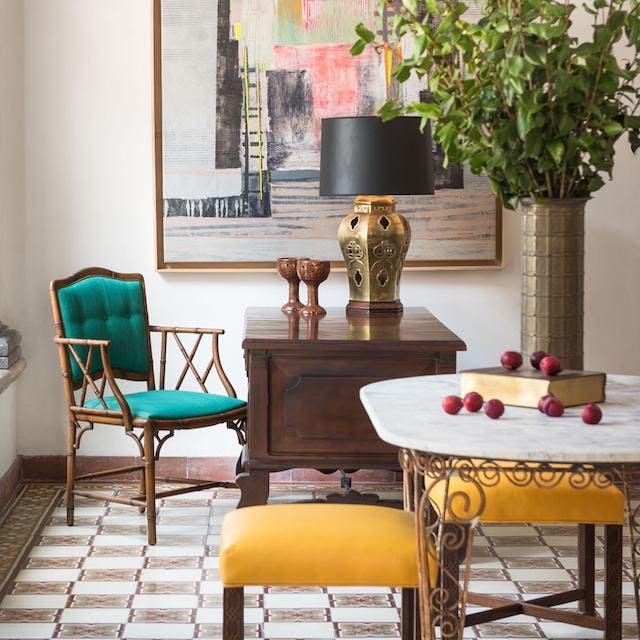 Mexico’s most exciting hotel openings in 2019

Another year means a wave of new hotels opened around the world. Even in the United States, places like New York City, Los Angeles, and various cities from Detroit to Austin will all welcome a myriad of new properties to lure travelers to their streets.

South of the border, Mexico remains a popular destination for visitors looking for everything from a relaxing, sunny beach getaway on either coast, to the gastronomic delights found in the sprawl of Mexico City and cultural excursions galore to cities like San Miguel de Allende. In short, planning a trip to Mexico will be more exciting than ever in 2019, and these gorgeous new hotels are a big part of it.

Though tiny, the mountain town of San Miguel de Allende has quietly become Mexico’s cultural capital thanks to breathtaking colonial architecture, a mouth-watering restaurant scene, and its collection of over 100 museums and galleries. In January, the city will also benefit from the opening of a five-suite luxury inn called Hotel Amparo by owners of Hibiscus Linens, Taylor Goodall and Mariana Barran de Goodall. The hotel was designed to be a residential-style getaway, yet nestled in the heart of the city, near the central square of El JardÃ­n. The building itself dates back over three centuries and was, at one time, the private residence of the mayor. Texan designer Aaron Rambo’s colorful redecoration showcases the building’s colonial-era elements while incorporating a mix of mid-century furnishings of international origin. Guests can also expect custom bedding, towels and linens from Hibiscus Linens. The hotel will include an upscale cafe bar and a rooftop wine bar with an emphasis on natural wines. Rates will start at $ 325 per night, including lodging, breakfast, happy hour, and an hour of evening dessert.

Los Cabos, at the southern tip of Mexico’s Baja Peninsula, has seen its own hotel boom in recent times, with large-scale resorts opening up right and left, including Montage Los Cabos. Perhaps most excitingly, the Ritz-Carlton will only open its fourth reserve collection location on the shores of the Sea of â€‹â€‹Cortez this spring. The resort will have just 115 rooms, suites, and villas starting at 807 square feet, all with dedicated butler service, ocean-view terraces, and desert-inspired decor with beach elements. Some will also offer private pools. While details are still scarce, the hotel will also offer several upscale restaurants, a spa with a customizable, locally-inspired treatment menu, and access to a 27-hole golf resort with three Greg Norman-designed courses. and Jack Nicklaus.

Partners Robert De Niro and celebrity chef Nobu Matsuhisa have recently rapidly grown their hotel empire of restaurants and hotels, including the expected spring debut of this luxury hotel in Cabo. The beachfront resort will be just west of the town of Cabo San Lucas, but isolated from its party scene by a long beach and golf course. It will have 200 rooms in total, with a look that is both Baja desert and Japanese elegance – think wooden tubs, teak furniture and stone floors as well as light fixtures in the shape of a Japanese lantern. The guiding aesthetic is described as “Japanese beach house”. Of course, the restaurants will be headed by Chef Nobu, and iconic dishes like yellowtail sashimi with jalapeÃ±o and black cod with miso will certainly be on hand. The resort’s Asian-inspired spa will feature a unique outdoor hydrotherapy garden with a water circuit and Watsu pool, as well as treatments incorporating Natura BissÃ© products. Opening rates start at around $ 500 per night.

This suite complex is a dual project. The Estudio component is an all-inclusive luxury family resort while the Atelier portion is for adults only (guests must be over 16). The look combines contemporary elegance with a colorful Caribbean vibe. Suites offer garden, golf course, pool, or ocean views, while some swim-up categories include direct pool access. The Atelier will have 431 suites and six restaurants in particular, including MarÃ­a Dolores for the seven-course tasting menus, Takeshi for Asian cuisine and El Trompo by the pool for snacks and tacos. Estudio’s restaurants will include a buffet in El Consentido, an upscale Italian in Cala di Luna and a Japanese in Kobai. Guests of both resorts can access an 18-hole golf course and the on-site Nuup Spa for treatments inspired by the healing power of water and traditional local techniques.

Cabo can expect a third luxury resort to open around mid-year. Located along three kilometers of coastline on the Sea of â€‹â€‹Cortez, the Four Seasons Resort Los Cabos in Costa Palmas will have 145 rooms, including 35 suites, all with sea views. There will be three bars and restaurants at the resort, four swimming pools, a Four Seasons spa with 14 treatment rooms including two couples’ suites and a large fitness complex. The property will also have a marina with 250 slides and an 18-hole golf course designed by Robert Trent Jones II.

Perhaps most appealing of all, the beach here is swimmable – a rarity in Cabo – thanks to its location on the Eastern Cape. During stays, you can explore the UNIESCO-listed Cabo Pulmo National Marine Park, visit the on-site organic farm and take cultural tours to nearby villages.

Following the success of the Xcaret Hotel, which opened in 2017, Grupo Experiencias Xcaret plans to open a second boutique property in Destino Xcaret on the Riviera Maya in Mexico this summer. The new Casa de la Playa, entirely for adults, will include only 63 suites with private pools. The hotel will also have four restaurants, two swimming pools, a spa, a mezcaleria for tastings and gifts, a chocolate factory, a wine cellar and a library. The new resort is expected to expand Xcaret’s All-Fun Inclusive program, which includes extras like airport transfers, unique dining experiences, area tours, and access to the property’s five parks. The Destino Xcaret development covers 915 acres and will eventually include 6,000 hotel rooms, a stadium and arena, a convention center and a 1.2 mile river promenade with shopping, entertainment and dining areas.

Families looking for laid-back fun in the sun should take advantage of this wacky entertainment brand’s first Mexican property (in partnership with Karisma Hotels & Resorts), which is slated to open mid-year on the lush shores of the Riviera Maya. It will have 276 oceanfront suites and four themed Penthouses on the upper floors of the six-story building. One will be designed around a Teenage Mutant Ninja Turtles pattern, while another will take Sponge Bob SquarePants as his inspiration. All four will have private infinity pools and ocean views. Overall, the resort’s anchor point will be a 500,000 square foot activity area called Aqua Nick, which will feature a man-made river, water park, slide and water play area for toddlers. and young children. Beloved Nickelodeon characters including these Turtles and SpongeBob SquarePants as well as Dora the Explorer will make appearances throughout the day, while families can also enjoy entertainment extravagances at the Mainstage Theater. The hotel will have a fitness center and spa offering treatments for adults and children. Among the dining options will be a Mexican cantina called Espadin, the seafood-focused Yacht Club, and two swim-up bars, among others.

What did you think of this article?

Thank you for your opinion!