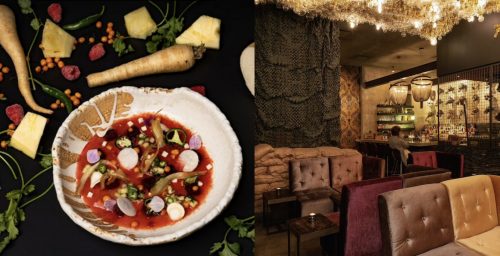 Milpa: Mexican veggie restaurant to pop up in Calgary

A Mexican restaurant with a whole new approach is coming to Calgary for a limited time in November.

Chefs Adam Ryan and Elia Herrera worked on the veg restaurant, Milpa, and are opening a pop-up November 10-14 at the Shelter Cocktail Bar to test the concept.

Translated as â€œthree sistersâ€, Milpa is a sustainable farming technique that focuses on the marriage of corn, beans and squash.

These ingredients share resources like soil, sunlight, and water in the garden, and cutting boards, frying pans, and plates in the kitchen. Milpa will use traditional techniques and flavors with an emphasis on regional Mexican cuisine, ingredients and culture while incorporating seasonal Canadian vegetables.

Chef Elia Herrera is originally from CÃ³rdoba, Veracruz, but spent years in some of Toronto’s best kitchens as a pastry chef before deciding to focus on the food she grew up eating. Herrera has participated in programs such as Best Chef in Canada and Top Chef Mexico.

Originally from Ontario, Chef Adam Ryan moved from Toronto to Calgary in 2019 to manage the kitchen at The Coup Plant Power Plant. He spent several years working as a private chef, both for VIP clients and on expeditions to Nunavut with the Arctic Kingdom. Ryan recently opened the casual concept Shrub Bloom in the District Food Hall and is also developing a Canadian veg-focused restaurant called Fire & Flora.

The Mexican restaurant only exists for four days, so be sure to check it out before it’s gone, as this sounds like one you won’t want to miss.