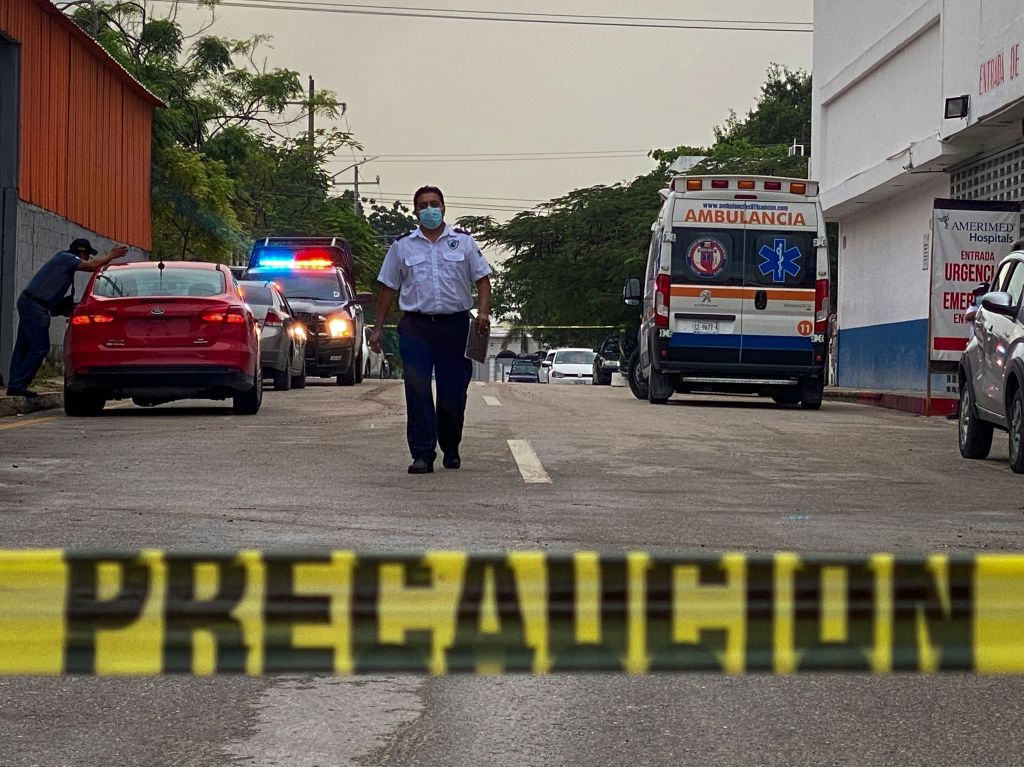 Murders of Canadian tourists in Mexico City due to gang debt

MEXICO CITY — A Mexican prosecutor said Tuesday the murder of two Canadians at a Caribbean coastal resort last week was motivated by debts between international gangs apparently dedicated to drug and arms trafficking.

On Friday, prosecutors said both men who died had criminal records in Canada and that one of them was a known criminal with a long criminal record relating to robbery, drugs and weapons. A third Canadian, a woman, was injured and is being treated at a local hospital, but is not yet able to speak to investigators.

“Investigations indicate that this attack was motivated by debts resulting from transnational illegal activities in which the victims participated,” said Oscar Montes, Quinta Roo’s chief state attorney. “The information (is) that they were involved in arms and drug trafficking, among other crimes.”

Montes said the attack had been planned for nearly a month by a cartel or gang that was not previously known to operate in the area. But in accordance with standard procedure, he declined to name the gang.

The attack took place on Friday at the Xcaret hotel, south of Playa del Carmen. The attackers apparently had guest wristbands to enter the station.

Montes said an early group of assassins hired to kill Canadians earlier in January abandoned the job because there was too much security.

A second assassin traveled to the compound and carried out the murder. Authorities said the two suspects arrested in the case so far are a professional kidnapper from Mexico City who coordinated the plot, and the hitman.

Police also arrested a woman, identified only by her last name, Nu, who was apparently part of the group of 10 Canadians vacationing at the resort. Montes said Nu was “looking after the children” of the victims and would have met the killers and possibly provided them with information about their activities.

If Canadian gangs were involved in Quintana Roo, it wouldn’t be shocking. The Caribbean coast state, due to its huge influx of foreigners, has seen a number of criminal networks with international connections.

A Romanian gang has long operated in the state, using ATMs to clone credit cards or make illegal withdrawals. And this week, authorities arrested two Ukrainians for their alleged involvement in a fuel theft ring. Immigrant smugglers have long used Cancún as a base for smuggling Cuban migrants

Last week’s killings were the latest in a series of brazen acts of violence along Mexico’s Riviera Maya coast, the crown jewel of the country’s tourism industry.