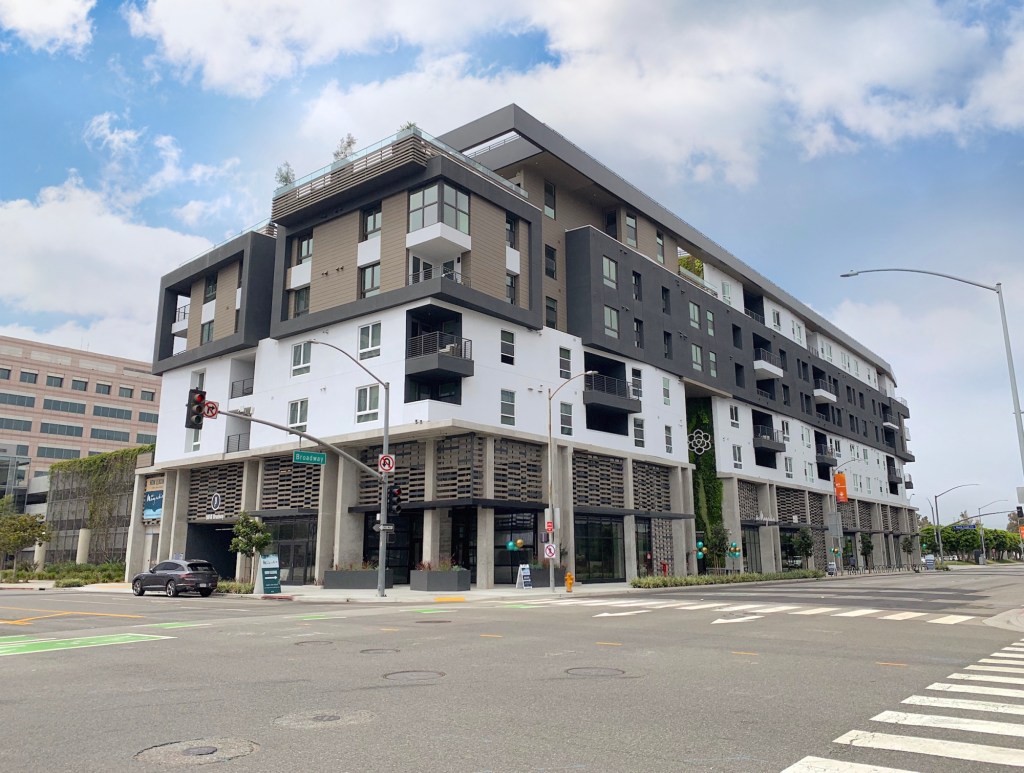 After more than two years of construction, a new mixed-use development has officially opened in downtown Long Beach.

The complex, 500 W. Broadway, is bordered on either side by the Long Beach Civic Center and the George Deukmejian Courthouse.

“We are thrilled to have Ensemble Real Estate Investments complete another great downtown project,” Long Beach Mayor Robert Garcia said in a Friday, July 28 news release. “Their vision has helped strengthen Long Beach, making our downtown even more of a community.”

The ground floor of the Magnolia will house several businesses, according to Ensemble. Two have already signed on as tenants, including Mexican plant-based restaurant Sugar Taco and Pawspace, a daycare and pet adoption center — both slated to open later this year.

The Magnolia is Ensemble’s third downtown project, according to the press release. Two other multi-family complexes developed by the company – 442 Residences and The Crest – opened in the area in 2019 and 2020, respectively.

The latest downtown Long Beach apartment complex marks the next in a series of long-running investments in the area by both private entities and the city.

Residential market activity in the area is slowly returning to pre-pandemic levels, according to a Jan. 24 report by the nonprofit Downtown Long Beach Alliance.

“The quarterly report,” said a DLBA press release, “showed renewed interest and momentum in the multifamily market – particularly towards the end of 2021.”

The report cites hundreds of new apartments expected to be built this year and beyond, and touts an increase in downtown occupancy to around 94%, which is the metric’s average in 2019.

Rent at the Magnolia — which Ensemble calls a “luxury rental residence” — will range from $2,345 to $4,575 per month, depending on the size of the apartment, Andrews said.

None of the Magnolia’s units will be “subject to income restrictions,” Andrews said.

The resort has a long list of on-site amenities, including a rooftop terrace equipped with a swimming pool, lounge, lounge, fitness center, relaxation area, office and a garden terrace.

As for apartments, according to the release, tenants can expect open floor plans, green construction, smart home features and a range of other conveniences.

The Magnolia is open and, from Friday, for rent.

Sign up for The Localist, our daily email newsletter with handpicked stories relevant to where you live. Subscribe here.