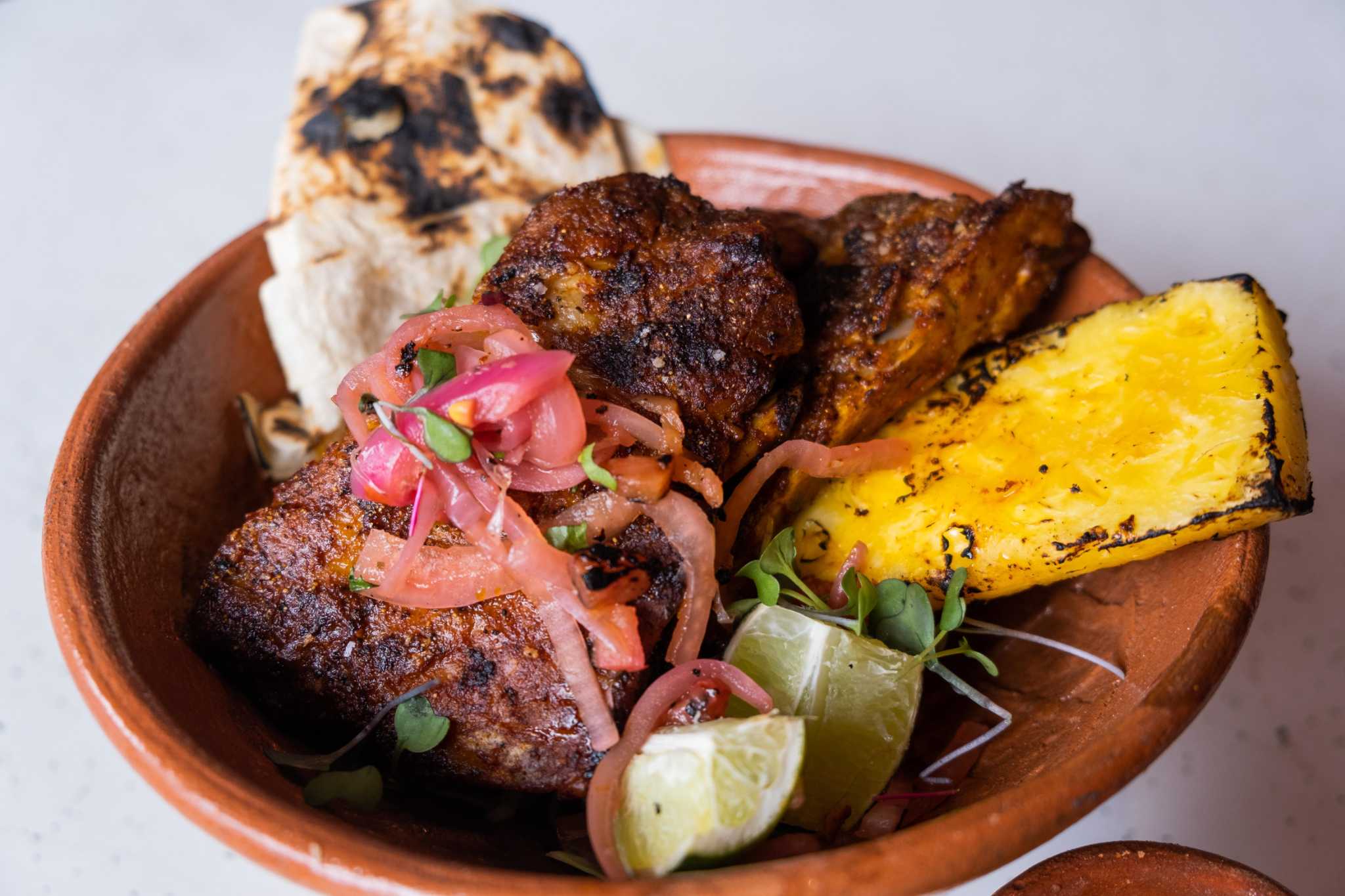 A new North Side restaurant near Stone Oak has brought the flavors of Mexican street food to San Antonio.

Panfila Cantina opened on Monday near the intersection of Bulverde Road and Evans Road. Co-owner Charlie Gonzalez said the new restaurant serves upscale dishes inspired by the many street stalls and snack bars found across Mexico.

Gonzalez is joined in the effort by his fiancée and co-owner Gaby Hinojosa, a veteran foodie who previously served as executive sous chef at Signature Restaurant at La Cantera and cooked at famed Noma in Copenhagen, Denmark, under the famous Chef Rene. Redzepi. Gonzalez and Hinojosa hail from Aguascalientes and Monterrey, respectively, and regularly travel to Mexico in search of inspiration for new dishes.

Early risers can find breakfast tacos on the menu, but don’t expect a San Antonio-style bean and cheese or an egg and chorizo ​​in a flour tortilla. Panfila focuses on family-style serving with taco fillings prepared in a large clay cazuala for a do-it-yourself experience on corn tortillas. Other breakfast offerings include chilaquiles and an open sandwich version of huevos ahogados with fried eggs on bread that’s drowning in a tangy chili sauce.

On ExpressNews.com: Taste the best of San Antonio with 365 Days of Tacos

The happy hour menu includes light snacks such as homemade potato chips served with marinated pork skins, jalapeños, and salsa. Dinner offerings include heartier dishes such as garlic mojo prawns in a tangy, creamy sauce with rice or a rack of flavored pork ribs al pastor style. And instead of fries and salsa, each table will be greeted with a Mexican street corn dish inspired by the version Hinojosa’s grandmother raised her on in Monterrey.

Inside a Mexico City apartment that’s an avant-garde marvel