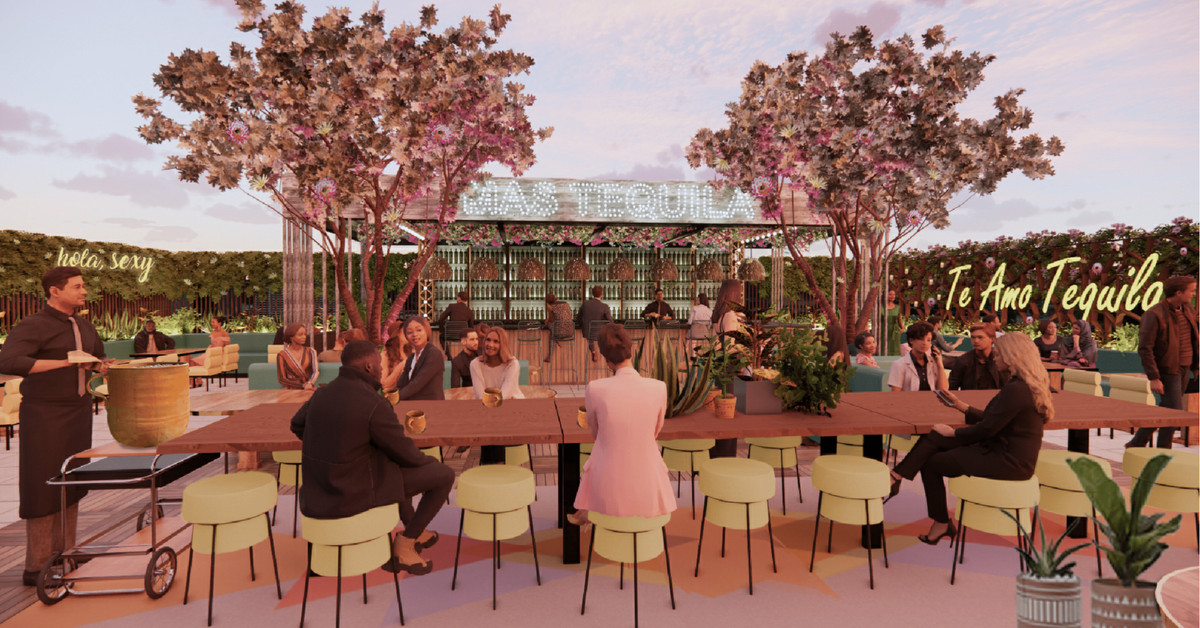 Launching first in downtown San Diego before launching later this year in other cities including Miami, Las Vegas, New York, Los Angeles and Dallas, is a new place to eat and live nocturne derived from Villa One, a tequila brand founded by pop star Nick Jonas and designer John Varvatos in collaboration with master distiller Arturo Fuentes.

Called Tequila Gardens Villa One, he will soon land on the roof of the Theater Box, the luxury cinema and restaurant complex in the Gaslamp Quarter, almost three years old. The 5,000-square-foot, 200-seat restaurant and bar will stay open late into the night, offering bottle service and DJ entertainment on the weekends.

Known for his menswear, Varvatos designed Villa One’s uniforms as well as the setting for the all-outdoor lounge inspired by Tulum, the hip getaway spot on Mexico’s Yucatán Peninsula.

The extensive cocktail list will of course include Villa One Tequila and will feature table mixes of Cadillac margaritas and Old Fashioneds as well as Carajillos, after-dinner cafe cocktails and Cantaritos, Paloma-like citrus cocktails usually served in a clay mug. Kings & Queen Cantina founder Jorge Cueva, also known as Mr Tempois behind the menu, which will include aguachiles, tacos, burritos and enchiladas as well as steaks and sushi rolls made with Mexican ingredients.

Apartment project in sight for the former Binghamton McDonald’s site