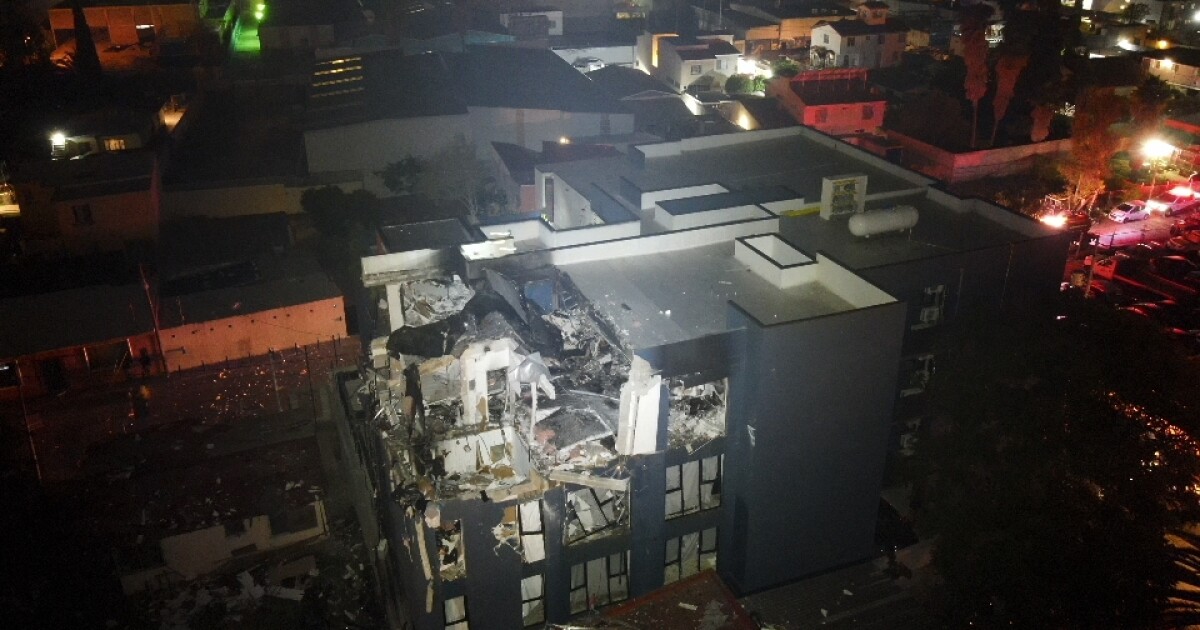 One dead and two injured after gas explosion in Tijuana building

The explosion occurred around 10 p.m. in a 14-apartment building on Calle Ángela Peralta in the 20 de Noviembre neighborhood of central Tijuana. The blast was felt and heard several miles away, according to social media users who reported hearing an explosion near Buena Vista, Otay and Guaycura neighborhoods.

A buildup of liquefied petroleum gas may have caused the explosion on the third floor of a four-story building, according to Rafael Carrillo, director of the Tijuana Fire Department.

Carrillo, along with other Tijuana city officials, confirmed the deceased was female. Two other adults were injured, suffering first and second degree burns, he said. A Tijuana Fire Department spokeswoman confirmed that one of those injured was a US citizen.

According to initial information, at least 24 homes and seven vehicles were damaged. The amount of estimated damage was not known.

The investigation is continuing to determine the origin and cause, a spokeswoman said Tuesday morning.

A flurry of social media posts after 10 p.m. Monday night said the blast was felt in several parts of the city.