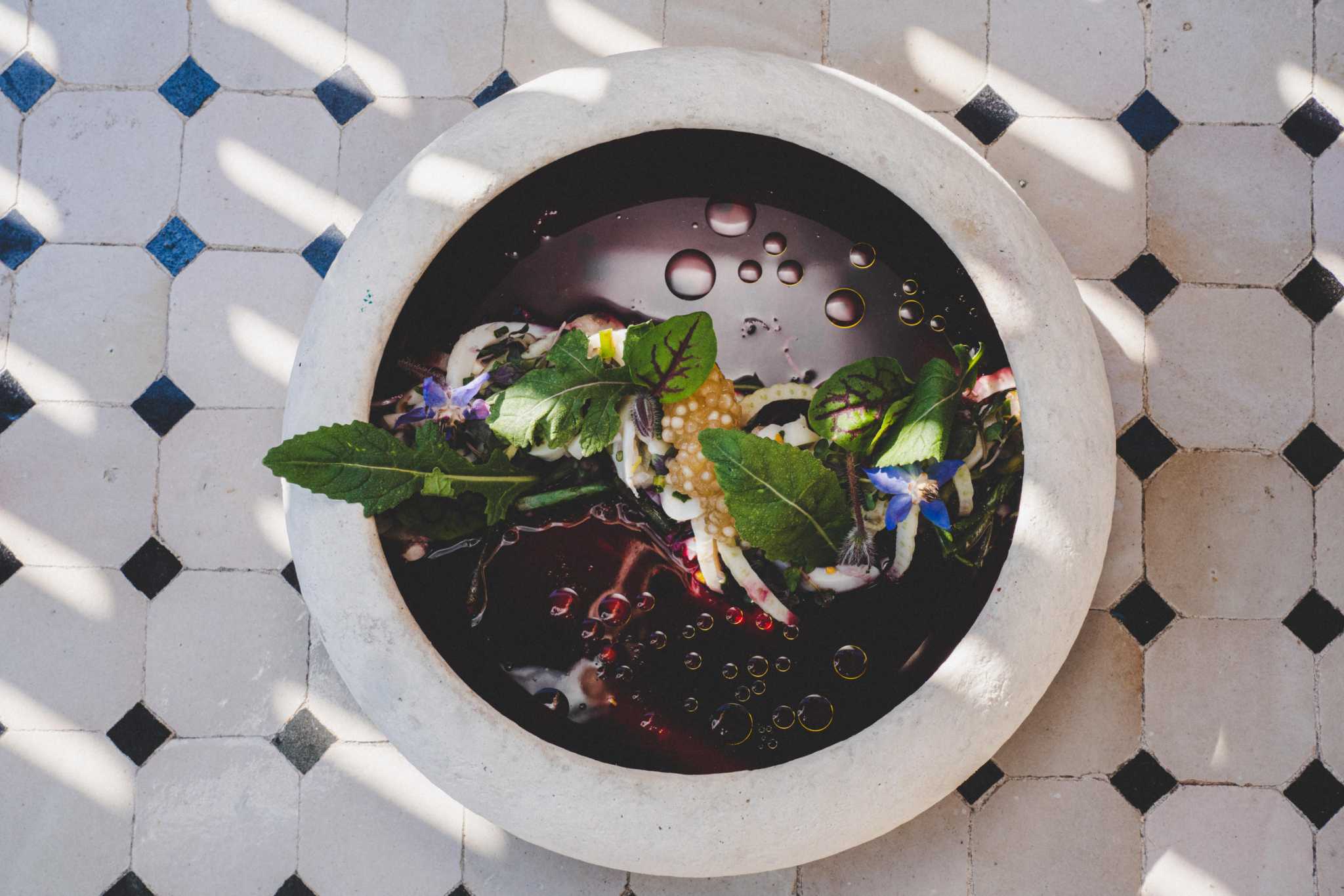 Opening of the famous Mexican restaurant Mírame in Menlo Park

A modern Mexican restaurant led by a critically acclaimed Los Angeles chef is bringing salmon-skinned chicharron and cauliflower ceviche to the Bay Area.

Chef Joshua Gil, known in Los Angeles for earning a Michelin star at Joe’s restaurant in Venice and later his own popular Tacos Punta Cabras in Santa Monica, will develop the Menlo Park restaurant menu. At Mírame, he won over Los Angeles restaurant critics, including Bill Addison of the Los Angeles Times, who written last year that Gil’s “flavors expressed a soul that transcended superficial notions of luxury”.

The restaurant plans to bring dishes that have become hits in Beverly Hills to Menlo Park, like these crispy chicharrones with salmon skin, dipped in fermented garlic aioli for a touch of fries and salsa. The whole fried snapper is painted in a dried shrimp chili mixture and served with handmade Sonora-style flour tortillas – still a rarity in the Bay Area, though some small producers make them. Mírame sources ancient Sonoran wheat for its tortillas from the Tehachapi Heritage Grain Project, which grows and preserves ancient grains in Southern California.

Mírame is the latest restaurant to move into the Springline buildings at 1300 El Camino Real, which are still under construction. Several big names in the Bay Area dining scene, including Italian restaurant Che Fico, omakase spot Robin and beer favorite Barebottle Brewing Co., are slated to open there in late 2022 and early 2023. The restaurants are a a key part of the developer’s effort to attract diners and office tenants to the quiet peninsula town.

“It’s what we call the next iteration of Mexican cuisine,” Egan said. Ingredients like black lime, celtue and tom yum salsa feature on the menu alongside barbacoa lamb and squid aguachile.

Due to Gil’s roots in Mexico’s Baja California, there’s plenty of regional and seafood influence, like the campechana, a seafood cocktail-type ceviche with a clarified citrus broth. The tacos rotate with the seasons; current iterations include grilled amberjack with wasabi cream and crispy braised pork belly.

Mírame works closely with farms in Southern California that grow produce for the restaurant (which also operates its own mini-farm) and plans to do the same in the Bay Area.

The bar will be heaven for lovers of Mexican spirits: every bottle, from mezcal to gin, will come from Mexico. And Mírame Menlo Park will be one of the first in the Bay Area to offer an all-Mexican wine list. (Taqueria Los Mayas in Inner Richmond plans to open a Mexican wine bar, and some Mexican wines can be found on the shelves at the San Francisco Tahona Mercado market.) The restaurant will share a wall with Barebottle, they therefore plan to allow brewery customers to order food at Mírame and vice versa.

Menlo Park Restaurant will be open for lunch and dinner, with some outdoor dining. The space will be designed by Alexis Readinger of Preen, Inc., a Los Angeles company behind popular restaurants like Lasita and Pine & Crane.

Menlo Park might seem like an unlikely destination for a bustling Southern California restaurant. Egan discovered the Springline project by coincidence, when a friend was having lunch at Mírame with Desmond Tan of San Francisco Burmese hits Burma Superstar and Burma Love, the latter also opening at Springline. Egan had been interested in expanding to San Francisco and was drawn to the project’s star-studded lineup and Menlo Park’s demographics, which are similar to Beverly Hills.

Other ventures headed for development include Canteen, chef-owner Greg Kuzia-Carmel de Camper’s second restaurant in Menlo Park; the second location of San Francisco’s Robin sushi restaurant, which will serve a scalable omakase menu ($99-$199) and a bar focused on Japanese whiskey and spirits; and a Proper Food outpost, which serves takeout and salads, including via a 24-hour automated fridge.