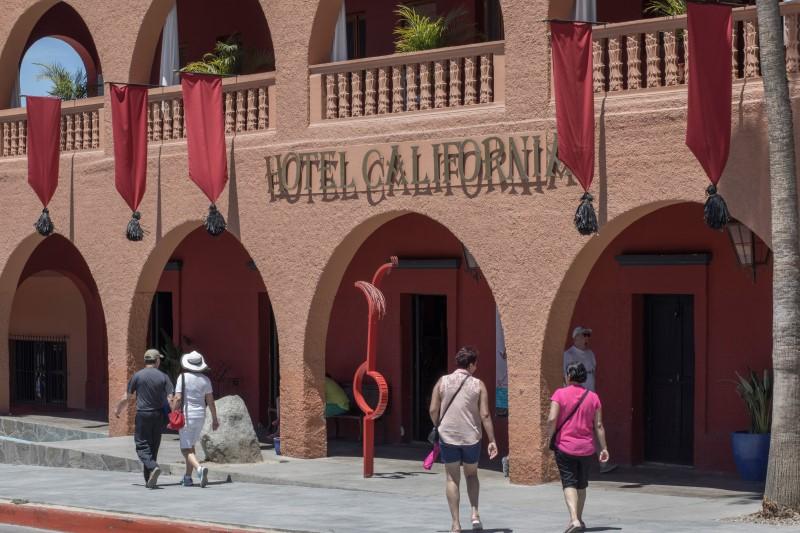 (Reuters) – The owners of a Mexican hotel using the Hotel California name said on Wednesday that a trademark infringement suit filed by the Eagles, whose song “Hotel California” is arguably the group’s most famous, should be rejected.

Hotel California Baja LLC, which operates the Todos Santos Hotel in Baja California Sur, said the group had long since waived their trademark rights, having waited four decades to claim them since the song “Hotel California” was released. on a 1976 album of the same name.

The owner said he “categorically denies” the Eagles’ “baseless claim” that the 11-bedroom hotel seeks to deceive travelers into believing the property is associated with the group.

“Any alleged use of the Applicant’s Trademarks is not likely to cause confusion, deception or error as to the association, connection, sponsorship, endorsement or approval of the Applicant,” said the owner in a case filed in federal court in Los Angeles.

Lawyers for the Eagles were not immediately available for comment.

In their May 1 lawsuit, the Eagles said the defendant encouraged guests to believe their hotel was associated with the group, including playing their music through a public address system, to sell t-shirts and other merchandise. [nL1N1I40Q8]

It was named Hotel California when it opened in 1950, underwent a few name changes, and then reverted to the original name after a Canadian couple, John and Debbie Stewart, purchased it in 2001.

U.S. District Judge Gary Klausner has scheduled a conference on the case on August 21.

The album “Hotel California” won the 1977 Grammy Award for record of the year.