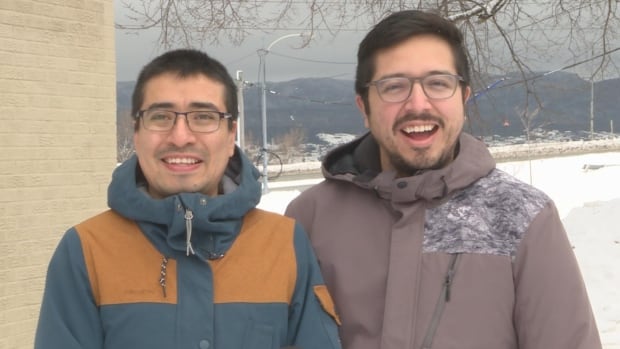 Jorge Cortes and Diego Serrano have been busy for months renovating and prepping the restaurant space at the Corner Brook hotel, replacing flooring, painting and decorating the new Tlacuache business, which the couple hope to open in mid -February.

“We’re scared but excited at the same time,” Cortes said.

Under Alert Level 4 of the provincial government’s COVID-19 restrictions, restaurants can only open at 50% capacity as long as physical distancing permits.

Cortes, who studied at the culinary school in Mexico City, moved to Corner Brook three years ago, planning to open his own establishment. He has previously worked at restaurants in the area and believes customers will support his new venture – in any way public health restrictions allow.

“If it’s not dine-in, they’ll have take-out. If it’s not take-out, then delivery. They don’t mind. They want to continue supporting businesses” , said Cortes.

“We know people are going to come if the food is good. And the food is really good. Because they’re ready to support whoever is open.”

But the post-Christmas downturn has been difficult for some restaurateurs in the town of around 20,000, forcing them to adjust their service.

The Crooked Feeder Gastropub announced earlier this month that it would temporarily close, citing difficulties under current restrictions. The owners hope to reopen on February 10, but say business owners are struggling.

“Small businesses are suffering very badly and more will likely close unless we receive meaningful and tangible help from all levels of government,” co-owner Ray Brake wrote in a message to CBC News.

Newfound Sushi, a popular Broadway spot, has only been offering takeout since December, but owners say customers are still ordering regularly.

And a new Indian grocery store and takeaway that opened late last year, Taste East, only allows four customers inside at a time.

Cortes and Serrano are moving forward, with the first food delivery scheduled for this week as they put the finishing touches on the restaurant’s kitchen. They plan to open on February 14 and hope the restrictions will allow customers to dine in.

“We want the first experience with us to be a dinner party with the music and the decor and everything. If that’s not possible, then what can we do? We’ll do our best to make them feel at home. Mexico. ,” he said.