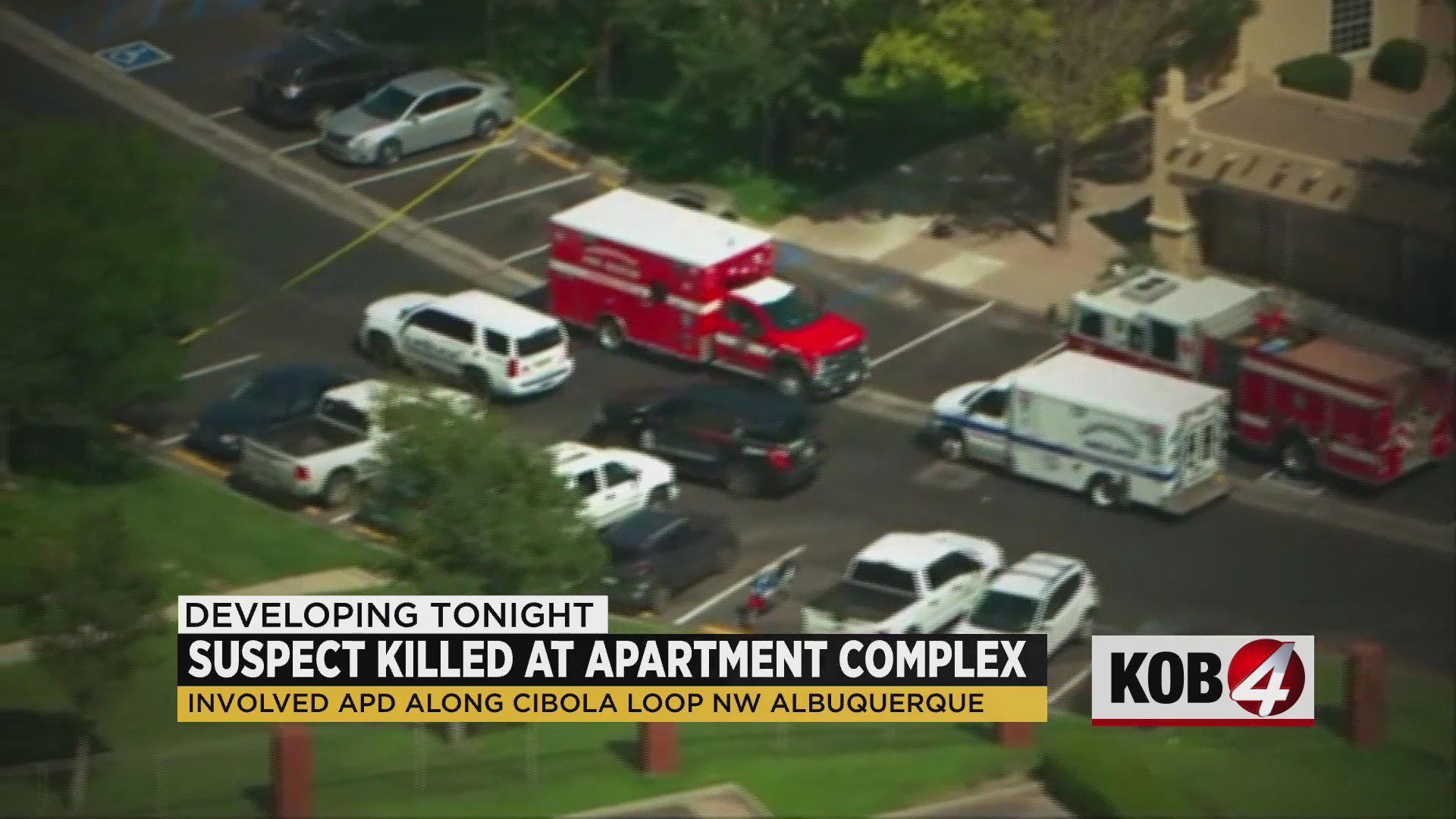 Police shoot and kill suspect in West Side apartment complex

ALBUQUERQUE, NM – Police shot and killed a suspect at an apartment complex northwest of Albuquerque on Thursday.

Police said the 43-year-old refused help, so the team provided him with information about available services.

Police said officers were then called to the apartment complex again on Thursday afternoon in response to gunfire.

According to the APD, the suspect pointed a gun at officers when they located him.

“At least one shot was fired and the suspect died at the scene from the gunshot wound,” Medina said.

Medina said the suspect pointed a gun at at least three other people – and may have shot and beaten his wife before he was killed.

A woman named Guadalupe, who works for DoorDash, was trying to deliver food when the suspect pointed his gun at her.

“He was pointing the gun at two other people, then he pointed it at another man, then at us,” she said. “There was, I mean, an old man a few inches from him. I don’t know what words were exchanged there, but he let the old man run because the old man ran and hid behind other cars.

Medina said the community is lucky the incident wasn’t worse, but he added it also raises questions about access to mental health resources.

“We are in a mental health crisis. We know the pandemic has left people in vulnerable places and their mental health has suffered during this time,” the chief said. “The mental health system has been neglected for a long time. The very last thing that should happen is officers trying to deal with an armed individual.

#New A door dash driver says he was caught up in the chaos this afternoon during the #shooting at the Core Vistas at Seven resort in the northwest #Albuquerque. She says the suspect pointed his gun at several people before an officer fired. @KOB4 pic.twitter.com/SUDkm6mT5V

Officers are currently at the scene along Cibola Loop NW after an officer fired. All the officers are fine. Please research alternate routes and avoid the area.