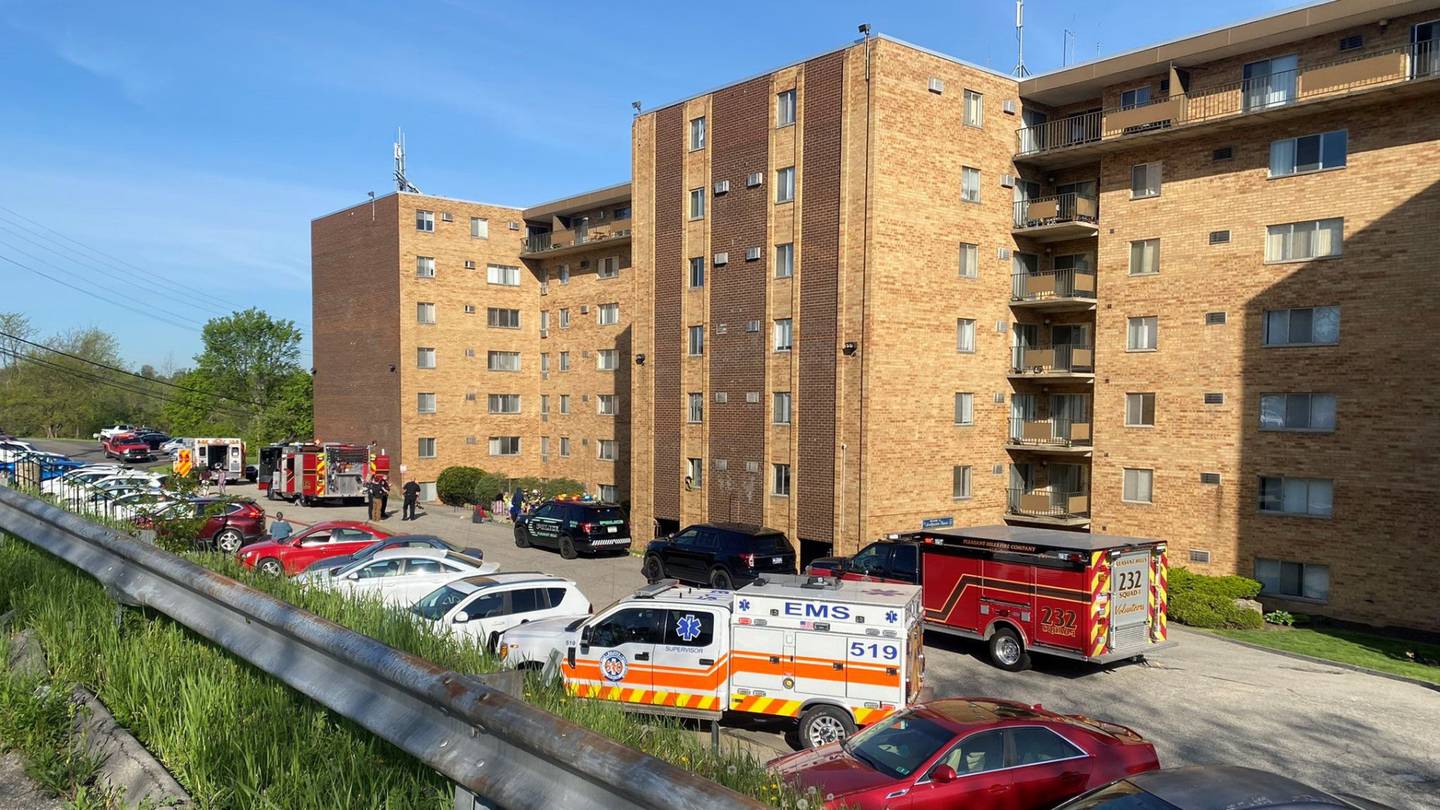 PLEASANT HILLS, Pa. — Firefighters from across the region rushed to the Southpointe towers Tuesday morning.

Dispatchers said the call for a fire came in around 7:41 a.m.

“I was sleeping and all I heard was, ‘Bang bang bang bang. Get out. There’s fire in the building. Get out,'” Veronica Turner said.

Firefighters discovered the fire in one of the third-floor apartments.

“It’s a concrete construction, so it’s very difficult for the fire to move left, right, up or down. The bad thing is that it retains a lot of the heat in the apartment. So when you open the apartment door, it’s like hell,” said Jim Rush, deputy chief of the Pleasant Hills Volunteer Fire Company.

“I saw smoke on our floor. It was really heavy and thick,” Turner said.

Residents began to evacuate, but others couldn’t get out on their own, so firefighters and police had to help. Seventy-five residents in total were evacuated from the building.

“They really aren’t worried about themselves. They’re worried about getting residents out,” Pleasant Hills Police Department Chief Brian Finnerty said.

A resident was taken to hospital and one person was arrested for public intoxication.

“I don’t think we’ve been here for at least 20 years. We have your usual fire alarms. Someone pulls the alarm or maybe someone smokes in the stairwell, nothing that’s really a problem other than today,” Rush said.

At this time, no details on the cause of the fire have been released.