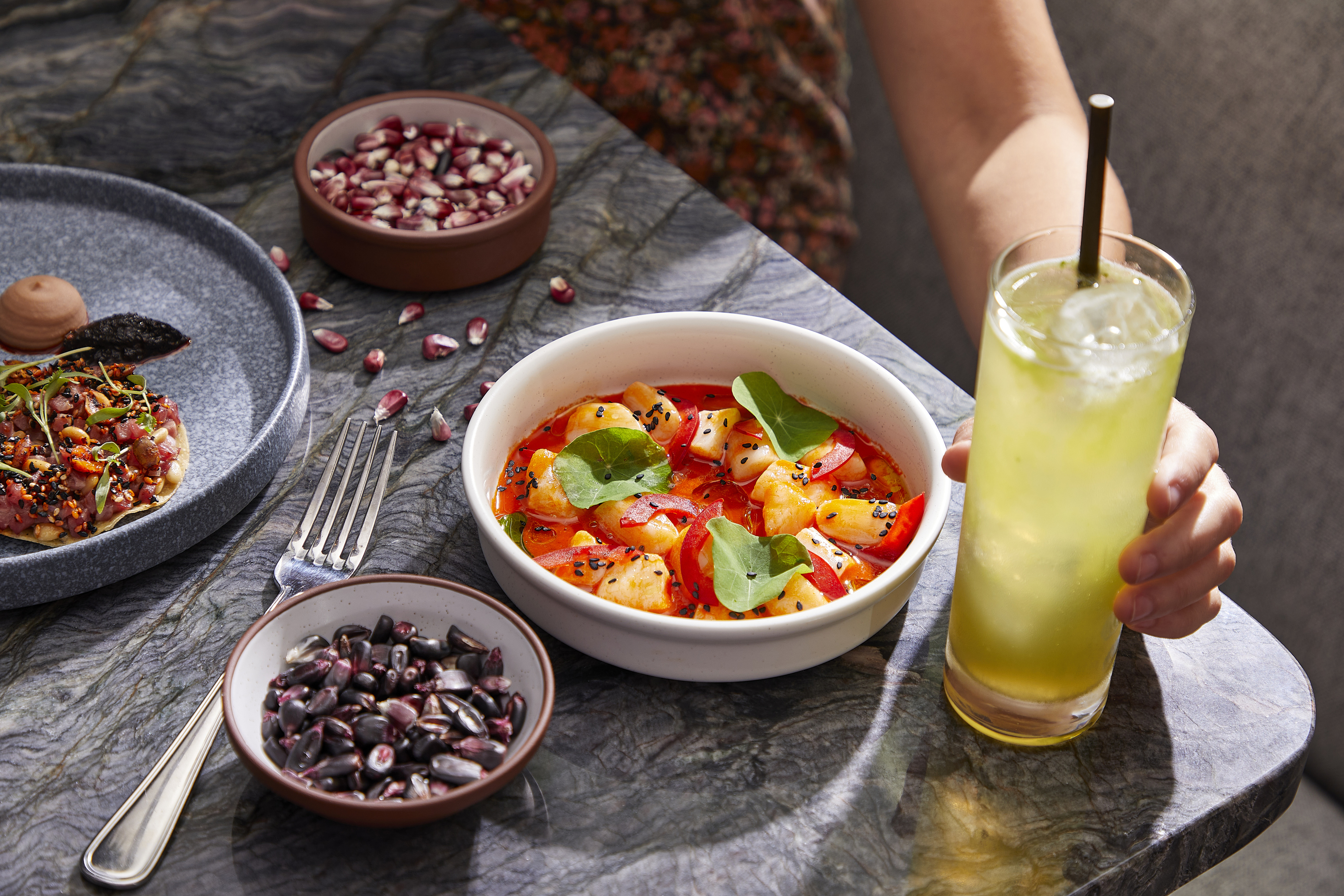 The seafood-focused Mexican restaurant Fora opened on the first floor of the Emily’s Hotel in Fulton Market on August 11, but restaurant staff said it was already planning to drastically change its menu.

“We will double [the number of dishes] in the next two weeks,” said chef Billy Caruso, who developed the restaurant concept. “Then we’ll start doing the bigger table proteins – veal, maybe big fish. We have a few secrets up our sleeve. We just took a few baby steps. I’m really excited about what’s about to unfold in the pipeline.

Served in a plant-filled dining room or on fire tables on the restaurant’s outdoor terrace, Fora’s current small menu features dishes inspired by the cuisine of Tulum, Mexico City and Oaxaca, including a light and spicy hamachi ceviche made with pomelo and avocado and an aguachile kanpachi with smoked beets that give the fish an earthy flavor. Another summer dish is chayote, a Mexican plant that tastes like a green apple and is served in a salad with cilantro, mint and shiso. Most of the herbs used to season and garnish the dishes come from the hotel’s rooftop garden.

But the real star of Fora is the masa, which is ground on site with ancient corn from Mexico and roof. Executive chef Matt Danko’s menu uses it in a super crispy tostada topped with steak tartare and in blue corn tortillas that accompany pasilla-glazed bone marrow served with lime and pickled onions. Fora also serves tetela, a triangle-shaped Oaxacan snack reminiscent of a samosa or empanada stuffed with squash. You can try it with recado negro butter made with charred chili peppers in Fora’s answer to bread and butter service. Caruso said the restaurant plans to continue experimenting with new masa preparations.

“There are so many variations of what you can do with masa,” he said. “We just run the gamut of different shapes, textures, sizes, and flavor profiles. We do our best because I think that’s what makes it fun. Chief [Danko] is super excited about it. The guy is like a kid in a candy store.

Fora has a small cocktail menu with an emphasis on Mexican spirits such as sotol and mezcal, with many drinks also served at the Emily Hotel’s rooftop bar, Selva. However, Caruso said he expects drink deals to widen further over time. He wants to add horchata for the winter and use dahlia, Mexico’s national flower, which also grows on the roof.

“We’re going to do infused syrups,” he says. “It has this very cool flavor profile like honeysuckle meets orange blossom.”

Caruso said the restaurant opened with a limited menu due to staffing and supply issues that continue to plague the industry following the COVID-19 pandemic. Caruso said he uses multiple vendors for everything and constantly communicates with them to make sure the products he needs aren’t out of stock or stuck in shipping containers.

“We will grow as we go,” he said. “We wanted to make sure we had a really, really good product before we put it on the market.”

Take a look at some of the restaurant’s offerings below.