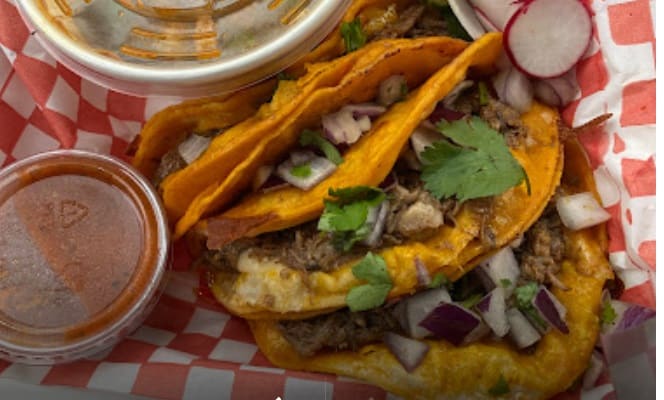 Hamilton foodies’ consideration for a take-out Mexican family restaurant in Stoney Creek has moved them… to a larger location that will have room for a sit-down meal.

Maria Tortas Jalisco, located at 432 Hwy. 8, will move to a bigger location this fall, as TasteHamOnt reported on Thursday. Their last service at the old location will soon be on Sunday (September 4).

New location and feature details are yet to be announced. Since opening by the mother-daughter team of Maria Ojeda, Helen Tafolla and Angelina Boce, Maria Tortas Jalisco has been take-out only, with just six stools in its place in a small plaza off the Queen Elizabeth Highway that connects Hamilton with Halton and Niagara regions.

“I can’t wait to have dinner and not use my car hood as a table,” TasteHamOnt joked Thursday.

Maria’s reviews on Google Reviews, Sirved, and Restaurantiji range from 4.6 to 4.8, and a 2018 CBC News report said he was hugely popular with Mexican farmworkers who yearn for a bit of home while working in southern Ontario.

Ojeda is a Mexican expat with 30 years of experience in the hospitality industry in Southern Ontario. The boutique’s name refers to her home state in western Mexico, as she grew up in Guadalajara, a metropolitan area of ​​5 million people. Maria Tortas Jalisco claims that its flavors and ingredients are true to the region of origin of Ojeda. Boce and Tafolla, both California natives, complemented this by creating menu items inspired by their home state, including burritos.

(Reader’s Digest Version: Burritos originated in California cuisine. They are also an indigenous food in the border town of Juárez, Mexico, located near El Paso, Texas, about 1,500 miles north of Guadalajara This is further than Toronto east of Thunder Bay.)

Restaurant hours are generally 11 a.m. to 8 p.m. six days a week, while being closed on Mondays. Marias Tortas Jalisco also offers take-out taco kits; more information on the menu is available at mariastortasjalisco.com.

Subscribe now to receive our daily email of today’s top stories in your city!