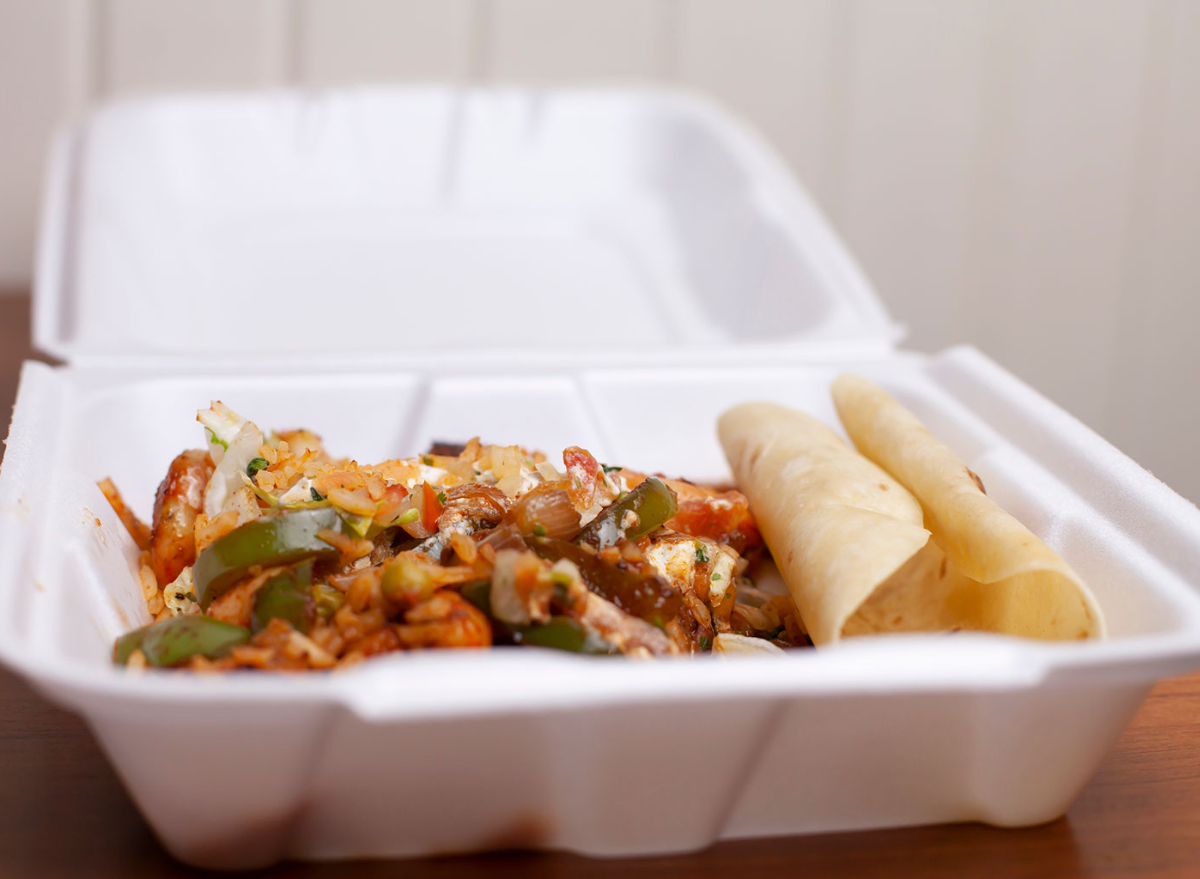 The #1 order never to make at a Mexican restaurant, according to chefs

From tacos and tortas to margaritas and barbacoa, Mexican cuisine is a rich tapestry of regional flavors, steaming spices, melted queso and comfort food at its most authentic. But not all Mexican restaurants take the same rigorous approach to technique or culinary precision. Like Chinese food and Italian food, Mexican food is often overly Americanized and sometimes bastardized to the point of becoming unrecognizable.

While some genres of restaurants, like seafood restaurants, have taboo menu items for reasons such as sustainability, most Mexican menu items end up on the no-go list for lack of authenticity. Sure, there’s no shame in eating a Mexican pizza once in a while, but we don’t go to Taco Bell for its cultural accuracy either. The same sentiment applies to overly Americanized inventions like chimichangas, which are just as taboo for Mexican chefs as they are for nutritionists.

RELATED: The #1 Order To Never Make In A Burger, According To Chefs

At the end of the day, whether you indulge or keep it light, the chefs agree that authenticity is key to having an amazing experience with Mexican food, and that fake Mexican items are best avoided. or menu placeholders.

“As a chef born and raised in Mexico, one of the things I will never order in a Mexican restaurant is chimichanga,” says Omar Montero. Originally from Mexico City, the chef of Miami’s The Santa Taqueria calls the dish Americanized and inauthentic. “I’m not saying chimichanga tastes bad, but it’s a dish that more often than not won’t be on the menu of an authentic Mexican restaurant or any restaurant in Mexico.”6254a4d1642c605c54bf1cab17d50f1e

Instead of ordering a fried burrito, the chef opts for tacos like bistec con queso, al pastor and the cured meat called villamelon, which are his lifelong favorites and menu staples. “We serve all of the La Santa ones and I always recommend them to customers because they’re tacos that I love.”

Queso is another menu item that can vary greatly between authentic and called for. According Dafna Mizrahia Mexican chef from Jalisco who now lives in New York and is the co-founder of Curamia Tequila, there is a chasm between the Mexican queso and the American queso. The main difference? The iron skillet.

Basically, if the queso doesn’t come in an iron skillet, that’s a sign that something is wrong and you may be eating Velveeta. “I grew up going to the corner stand and eating tacos for meals and never in my years in Mexico did I come across a queso that had Velveeta cheese and pico de gallo,” she recalls . “Authentic queso isn’t yellow like Velveeta cheese, but it’s white and made mostly of Oaxaca cheese that’s slowly melted to give it a thick, creamy texture.”

Another “Mexican” item to avoid is the fajitas. While it might be a much healthier choice than, say, a chimichanga, what it offers in healthy ingredients lacks authenticity.

“The worst thing to order would be fajitas,” says Dariel VazquezFlorida’s regional manager Bodega Taqueria and Tequila. Holding no punches, he calls them “essentially as American as apple pie.” Rather, his idea of ​​a staple of a true Mexican restaurant would be tacos al pastor or tacos barbacoa.

Food isn’t the only menu item that can tip over sacrilege. On the drinks side, the chefs champion the idea of ​​fresh, tasty and authentic drinks that harmonize with the cuisine.

“For any Mexican restaurant where wine is a placeholder, don’t order wine,” says Hugo Ortegaexecutive chef and owner of H-Town Restaurant Group in Houston, which includes Mexican heavyweights like xochi and Caracol. Instead, the chef recommends ordering an agave drink or a beer. “Only order wine where there is a real [wine] program.”

And when it comes to agave drinks, the best is fresh. So said Trojan GuardFounder and Executive Chef of Denver’s TAG Restaurant Group. “When making a margarita, it’s very important to use fresh limes. You can really taste the difference in a drink when the citrus fruits are freshly squeezed.” To its Mexican concept, Los Chingones, they use fresh orange and lime juice for all margarita variations. “The bottled margarita mix you find at the store is great, but using authentic, fresh ingredients makes all the difference in this case.”

Matt Kirouac is a travel and food writer and culinary school graduate with a passion for national parks, all things Disney and road trip dining. Learn more about Matt