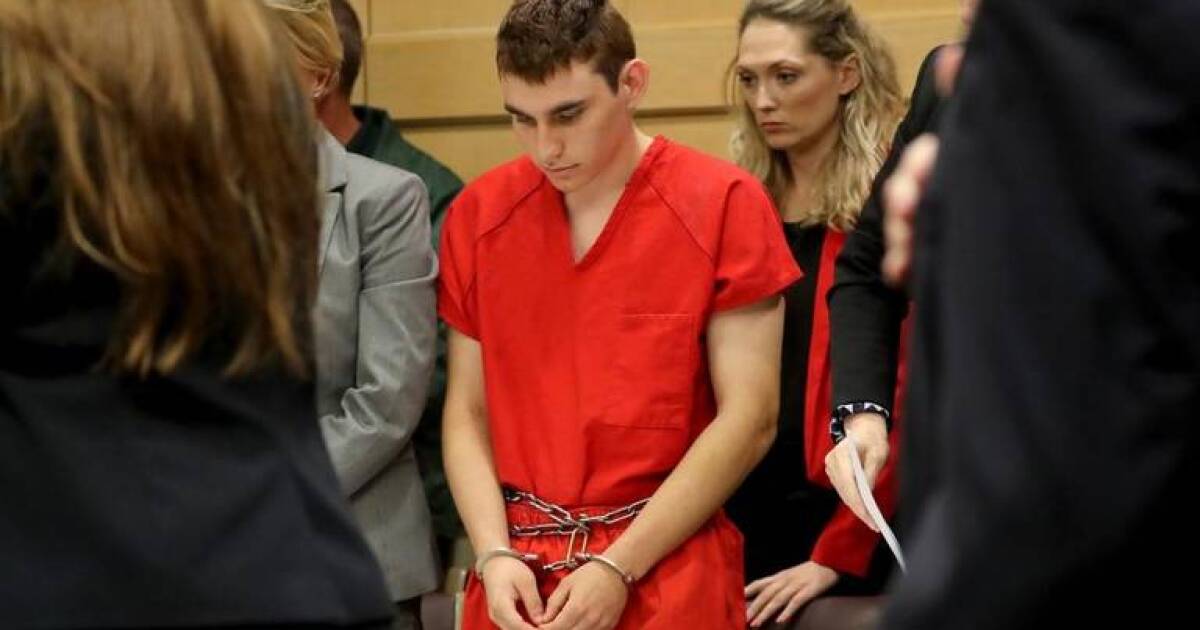 The trial of Cruz, the increase in the number of Cuban migrants and the evacuation of an apartment complex

This trial will decide if Cruz is imprisoned for life or receives the death penalty.

This will be done in segments, with the few dozen jurors selected this week moving on to another round of jury selection next month. Lawyers will ask them more specific questions about the death penalty.

This process will continue with more groups, with Broward County Circuit Judge Elizabeth Scherer aiming to go through two to three groups of approximately 40 to 60 potential jurors per day. About ten from each group go to the next round.

In the courtroom, it’s not as dark as the judge thought it would be, he said.

“The planning questions come out and people talk about their personal lives and open up…It’s lighter than you might imagine, and I think people might do it on purpose because they feel as a little stressed,” he said.

The second day of jury selection was nearly called off, as Scherer released 11 jurors who said they would not be able to keep the law. This means that they could not sentence someone to the death penalty.

Scherer will try to call those 11 people back for questioning in the coming weeks.

There are many variables in this case that have heightened media attention. Not only is this case highly publicized, but it is also Scherer’s first capital case. The lead prosecutor, Michael Satz, is also a very experienced lawyer. He spent 44 years as Broward County State’s Attorney. He has tried numerous death penalty cases.

Until the end of May, we will see more jury selections, with Thursdays and Fridays set aside for more depositions from lawyers.

Increase in Cuban migrants at the southern border

More Cubans arrived at the US-Mexico border between October and February than they did in the entire previous fiscal year – 47,000 arrivals.

It’s the fastest pace since the Mariel boat lift in 1980. But this time, instead of thousands heading into the Florida Straits, many hope to come to the United States overland at the border between Mexico and the United States.

Cubans arrive at the border through Nicaragua. Nicaraguan President Daniel Ortega made it easier for Cubans to visit without visas. This has made Nicaragua a more convenient stopover for Cubans wishing to travel to the US southern border via South America.

There is a theory that the Nicaraguan and Cuban governments are actively working to create an immigration crisis on the US southern border to make it harder for President Biden. WLRN Americas Editor Tim Padgett said there was historical support behind the theory.

“The Cuban government, whether it’s the current regime or the regime that Fidel Castro led when he was alive and in power, he often used migrant crises like these to sort of get revenge on the United States for a slight or a crisis that was unfolding in the bilateral relationship,” he said.

He cited the Balsero Crisis of 1994, when Castro became angry with the United States and allowed Cuban citizens to leave the country unhindered. He said that whether this theory is true or not, you cannot dismiss it.

Padgett said this situation is also more of a regional reflex and not an intentional effort. Every country going through tough economic times in Latin America has used this massive immigration as a social and political release valve, he said.

As for the difference in the treatment of immigrants at the land border and Cubans at sea, Padgett thinks no one has found a complete answer to this. He thinks it has to do with the Cuban Adjustment Act.

“It’s the 1966 law that allows Cubans, if they can enter the United States, quick access to U.S. residency and eventually citizenship,” he said. “

When Cubans are banned at sea, they are sent back. But if they are able to get to the US southern border by land, Padgett said they are more likely to be able to take advantage of the asylum system.

Taking advantage of this application system allows them to enter the United States, and then the stipulations of the Cuban Adjustment Act begin to activate.

Padgett hopes there is no difference in treatment between Cuban immigrants at sea and on land. He thinks making that distinction would reflect badly on the United States’ treatment of any immigrant from anywhere.

Members of the Cuban diaspora want to see certain services and policies reinstated. Padgett said the diaspora’s biggest concern is how to resume and reactivate those legal processes so that Cubans can legally come to the United States.

Dozens of people living at Bayview 60, an apartment building in North Miami Beach, were evicted from their homes this week. The evacuation was ordered after the building was deemed structurally unsafe by an engineer.

It’s the second building in North Miami Beach in the past year where residents have been ordered out because it’s unsafe to stay. And those evacuations come after the deadly collapse of the Champlain Towers South condo building in Surfside in June.

North Miami Beach City Manager Arthur Storey said the owners of the building have intervened. They gave each tenant their security deposits and April rent, and paid for three nights of housing for them.

“Everyone in this building was introduced to the Homeless Trust, as well as a few other non-profit organizations that would offer solutions if they had trouble finding accommodation after those three days,” Sorey said.

The city does not monitor each tenant individually, but they have a hotline open to help them if they need it.

For now, the building is closed and will remain so. The city moves one floor at a time, moving heavy furniture. After talking to the building engineers, Sorey does not see it being recovered. He thinks it will have to be demolished.

“No one will live in the building again until someone comes and says this building is safe to live in,” he said. “I just don’t foresee that happening.”

State Senator Jason Pizzo represents Surfside and North Miami Beach. He said building safety will not be added to the next redistricting special legislative session.

He believes the legislature should focus more on building safety following these situations at Surfside, Crestview and Bayview 60. He urges residents and tenants of condos and other buildings to educate themselves on where they live, and he thinks the state is essential in building possible security reforms.

As a condo owner, and probably the only senator living in a condo according to him, he is frustrated to see such petty partisanship.

“I said very very soon shortly after the June 24 bye and obviously the collapse of Champlain, I didn’t think the governor had any appetite to engage in condo reform,” he said. -he declares. “As you’ve seen in recent sessions, the Governor is exerting his influence on my colleagues to get things done that very rarely have anything to do with saving lives.”

If his colleagues can’t do it, then he will, he said.